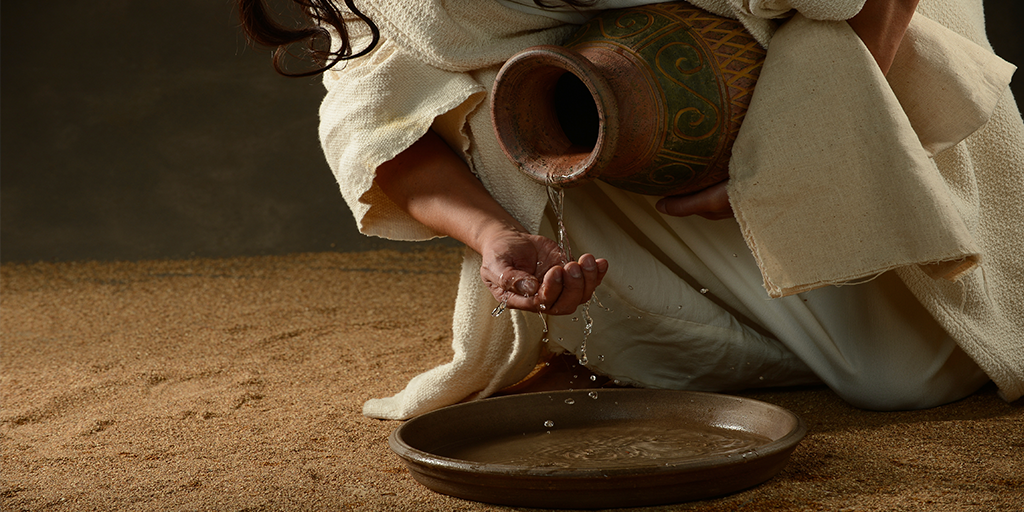 He was a real person who actually lived in history. No one doubts that.

A. Encyclopedia Britannica, 15th edition, devotes 20,000 words to the person of Jesus Christ and never once hints that He didn’t exist.

B. Non-Christian sources mention Jesus: Tacitus, a Roman historian (55-120 A.D.): “Christus (Christ),… suffered the extreme penalty during the reign of Tiberius at the hands of one of our procurators, Pontius Pilate.” (Annals 15:44) Josephus (38-97 A.D.) wrote, “Pilate condemned him to be crucified and to die…. His disciples… reported that he had appeared to them three days after his crucifixion, and that he was alive.” (James H. Charlesworth, Jesus Within Judaism (Garden City: Doubleday, 1988), p. 95)

2. We have reliable eyewitnesses.

There is testimony to Jesus’ life in the New Testament documents.

A. There are 8 writers who claimed to be either eyewitnesses or to have had contact with eyewitnesses of Jesus’ life: Matthew, Mark, Luke, John, Paul, Peter, James and the writer of Hebrews.

B. These men claim to have written carefully researched accounts of their testimony: Luke 1:1-4— Many have undertaken to draw up an account of the things that have been fulfilled among us, just as they were handed down to us by those who from the first were eyewitnesses and servants of the word. Therefore, since I myself have carefully investigated everything from the begin­ning, it seemed good also to me to write an orderly ac-count for you, most excellent Theophilus, so that you may know the certainty of the things you have been taught. 2 Peter 1:16—For we were not making up clever stories when we told you about the power of our Lord Jesus Christ and his coming again. We have seen his majestic splendor with our own eyes.

C. These accounts were written in the 1st century—well within the lifetime of eyewitnesses: “In my opinion, every book of the New Testament was written by a bap­tized Jew between the 40’s and the 80’s of the first century A.D. (very probably sometime between about A.D. 50 and 75.)” (Dr. William F. Albright, Christianity Today, January 18, 1963) If Jesus died in 30 A.D., then some of these books were in circulation 7 years later, all within 45 years.

Why didn’t Luke (the author) say anything about these major events and leaders? Because these events happened after he wrote his book. That’s why many scholars date Acts around 64 A.D. If Acts was Luke’s second book (Acts 1:1), then Luke was written before that. Matthew came before Luke, and almost all believe Mark came before either Luke or Matthew.

3. There can be no doubt that Jesus claimed to be God.

A. Mark 14:61-62—But Jesus remained silent and gave no answer. Again the high priest asked him, “Are you the Christ, the Son of the Blessed One?” “I am,” said Jesus. “And you will see the Son of Man sitting at the right hand of the Mighty One and coming on the clouds of heaven.”

4. Jesus said He was the ONLY way to God:

John 14:6—I am the way, the truth and the life: no man comes to the Father, but by me. John 10:9—I am the door: by me if any man enter in, he shall be saved, and shall go in and out, and find pasture. Acts 4:12—Neither is there salvation in any other: for there is none other name under heaven given among men, whereby we must be saved. 1 Tim 2:5—For there is only one God and one Mediator who can reconcile God and people. He is the man Christ Jesus. John 3:14-18—And as Moses lifted up the bronze snake on a pole in the wilderness, so I, the Son of Man, must be lifted up on a pole, so that every­one who believes in me will have eternal life. For God so loved the world that he gave his only Son, so that everyone who believes in him will not perish but have eternal life. God did not send his Son into the world to condemn it, but to save it. There is no judgment awaiting those who trust him. But those who do not trust him have already been judged for not believing in the only Son of God.

There are not 5 or 6 different ways to God. In fact, there are not even 2 differ­ent ways. Jesus says He is it! You won’t get there without Him.

5. Jesus proved WHAT and WHO He was by rising from the dead.

No other religious leader pulled that off.

A. There are 4 facts that have forced even skeptics to accept that Jesus rose from the dead: Jesus was buried in a tomb—both His friends and His enemies knew where it was (Matt. 27:62-66) The tomb was found empty early Sunday morning. (Want proof? Look at Matthew 28:11-15 where Jesus’ enemies cook up a story to explain why it was empty!) Jesus’ disciples and a lot of other people saw Him ALIVE after they had seen him killed and buried (1 Cor. 15:3-9). Jesus’ disciples believed that He had risen. So much so that they were willing to die for their belief. (Which is amazing when you consider that Peter had already proved he could crack under very little pressure—see Matthew 26:69-75)

Paul said, in 55 A.D.: 1 Corinthians 15:3-4—I passed on to you what was most important and what had also been passed on to me—that Christ died for our sins, just as the Scriptures said. He was buried, and he was raised from the dead on the third day, as the Scriptures said. Romans 1:4—And Jesus Christ our Lord was shown to be the Son of God when God powerfully raised him from the dead by means of the Holy Spirit. Ephesians 1:19-20—I pray that you will begin to understand the incredible greatness of his power for us who believe him. This is the same mighty power that raised Christ from the dead and seated him in the place of honor at God’s right hand in the heavenly realms. 1 Peter 1:3—…Now we live with a wonderful expectation because Jesus Christ rose again from the dead. 1 Peter 3:18—Christ also suffered when he died for our sins once for all time. He never sinned, but he died for sinners that he might bring us safely home to God. He suffered physical death, but he was raised to life in the Spirit.

Jesus is alive. All other religious leaders are dead.

Which would you rather trust—a living Lord or a dead guru?

Say the welcoming word to God—“Jesus is my Master”—embracing, body and soul, God’s work of doing in us what he did in raising Jesus from the dead. That’s it. You’re not “doing” anything; you’re simply calling out to God, trusting him to do it for you. That’s salvation. (Romans 10:9, The Message)

Therefore, you can believe—with confidence—that Jesus is the only TRUTH that really matters!