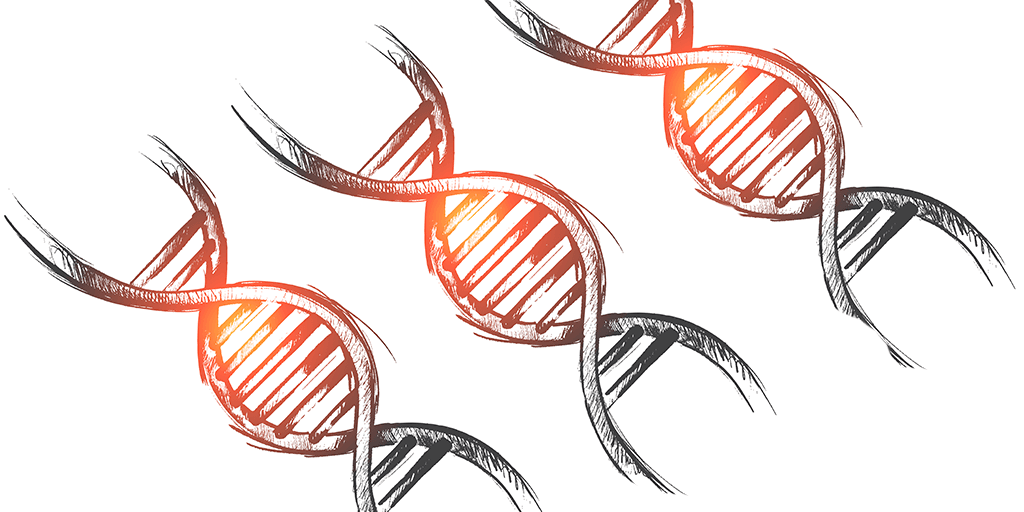 In this article we examine the statement: An intelligent designer best explains the complex and specified information content in DNA.

Back in Darwin’s day scientists had no idea just how complex a cell could be. They knew all living things were made up of cells, but the assumption was that cells were fairly simple things that could easily arise by natural causes. One scientist, Ernst Haeckel, described the cell as a “homogenous globule of plasm.”[2]

But with the advent of electron microscopes, everything changed. Scientists came to realize cells were incredibly complex things, “a world of bewildering technology and functional complexity far beyond what scientists imagined in the past.”[3]

Francis Crick, one of the men who discovered DNA, described the cell as “a minute factory, bustling with rapid, organized chemical activity.”[4] In fact, Ralph Muncaster explains,

“DNA is like a master computer—the essential part of every cell that dictates all its actions. Though an entire chain of DNA uses only six essential ingredients, the tiny chain is enormously long—often containing billions of parts. For example, if one were to take the amount of DNA in a single human body, straighten it out, and lay it end to end, it would extend for 50 billion kilometers (from the earth to beyond the solar system)! Obviously the amount of complex information on a single strand of DNA is enormous.”[5]

DNA, deoxyribonucleic acid, is “a molecule that contains the instructions an organism needs to develop, live and reproduce.”[6] Put as simply as I can manage, each molecule contains, among other things, four nucleotides (essentially building blocks), usually identified as A (adenine), T (thymine), G (guanine, and C (cytosine). These combine into pairs (your DNA has around three billion pairs)[7], and the interaction between them is (in part) what forms them into the double-helix structure we have become so familiar with—think a couple of ladders winding around each other. Sorry, I’m trying to be non-technical here, but…

Your DNA stores the information needed to construct proteins, which “are remarkably complex molecular systems. A typical protein is composed of a few hundred amino acids arranged in a precisely ordered sequence that then folds into a highly organized three-dimensional structure. That structure enables the protein to perform its function inside the cell.”[8]

Further, Dr. Stephen Meyer, cofounder of the Intelligent Design movement says that the nucleotides (A T G C) in the cell function just like an alphabet to spell out specific information. He explains:

“those four chemicals, called bases, function exactly like alphabetic letters in a written text, or digital characters, zeros and ones, in a machine code or a section of software. It’s the specific arrangement of those bases that allow them to perform a communication function in the cell. The arrangement of those characters literally conveys information that allows the cell to build all the important proteins and protein machines that it needs to stay alive….

“The information encoded along the spine of the DNA molecule directs the construction of proteins and protein machines. Proteins are the toolbox of the cell; they do all the important jobs. Just as in a toolbox you’ve got a hammer, a saw, a plane, and each one of those tools can perform a function, partially in virtue of the specific shape it has. The same thing is true of proteins, that they perform different jobs in the cell based on their three-dimensional structure. But what the DNA does is, it provides the instructions for a whole complicated assembly machinery for building those proteins.”

Dr. Meyer has written a 600-plus page book, Signature in the Cell, that goes into exquisite detail about the complexity found in our DNA, complete with hand-drawn illustration. The bottom line: “biological information, such as we find in DNA and proteins, comprises two features: complexity and functional specificity. Computer codes and linguistic texts also manifest this pair of properties (‘complexity’ and ‘specificity’), what I have referred to as… specified information.”[10]

So, did this information come through undirected, unguided, natural processes, or was it the product of some type of intelligent designer? Which explanation best fits the evidence?