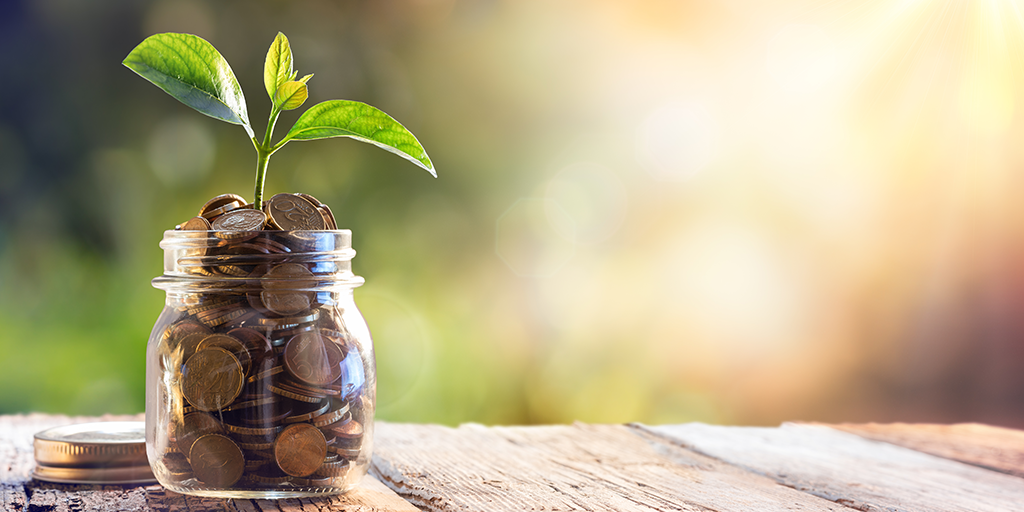 “Name” and “Claim” Your Own Miracle:

“Name it and claim it” has become a household phrase in millions of homes across America. Why so? Because Word-Faith teachers perpetually teach this doctrine on national television. Just about every night, one can tune in and learn how to gain health or wealth by following the prosperity formulas of Word-Faith teachers. These formulas, however, have more in common with cultic metaphysics than with Christianity.

Word-Faith teachers are indebted to Phineas P. Quimby’s metaphysical school of thought, which came to be known as “New Thought.” Quimby taught his followers that they could create their own reality through the power of positive affirmation. (David Gershon and Gail Straub, discussed previously in the chapter, were fans of Quimby too.) By using creative visualization, one can allegedly transform intangible images into tangible existence.[1]

In reality, the Word-Faith teachers set forth a gospel of greed and avarice. The primary “miracle” in this gospel is the miracle of a fat wallet. This is not the Gospel of the Bible (1 Corinthians 15:1-4). Their gospel is commonly known as the “prosperity gospel”—setting forth the idea that it is God’s will that all Christians be wealthy. Following are some of the key elements of this deviant theology:

God Desires His Children to Be Wealthy. We are told that God not only wants to deliver believers from poverty, He wants His children to eat the best food, wear the best clothing, drive the best cars, and have the best of everything.[2]

It Is a Sin to be Poor. Word-Faith teachers often communicate the idea that it is sinful to be in a state of poverty.[3] One wonders whether such Word-Faith teachers have read their Bibles recently! Did not Jesus say, “Blessed are the poor” (Luke 6:20)?

Jesus Is Our Example, and He Was Not Poor. Jesus’s alleged wealth is a favorite theme among Word-Faith teachers.[4] We are told that Jesus wore designer clothes[5] and had a very big house.[6] He also had enough money that he had a treasurer.[7] Of course, there are no Scripture verses that teach any of this.

God Sets Forth Laws of Prosperity in the Bible. Word-Faith teachers say there are certain laws governing prosperity in God’s Word. Faith causes these laws to function. The success formulas in the Word of God produce miraculous financial results when used as directed.[8]

Positive Confession Is the Key to Gaining Wealth. If we want wealth, all we must do is speak it into existence. That’s the key to a financial miracle. We are told that confession brings possession.[9]

Giving Money to God’s Work Can Yield a Hundredfold Increase. Based on a complete distortion of Mark 10:30, we are told that we will receive a miraculous hundredfold return when we give money to ministries.[10] We are assured that if we invest heavily in God, the financial returns will be staggering.[11] (One wonders why Word-Faith teachers do not give all their money to ministries to attain a hundredfold return. Instead, they constantly ask for money from others.)

I am even personally aware of elderly Christians who have given their life savings to Word-Faith ministries hoping to bring a financial blessing on themselves in their final years. Instead, they end up in bankruptcy. It is impossible to calculate just how many lives have been shattered because of this deviant, cruel theology that promises “miracle money.”

It is unnecessary to biblically refute each of the above elements of the prosperity message; this has been more than adequately done in recent years.[12] However, a brief perusal of a few key passages relating to the overall perspective God desires us to have toward money and riches would be a helpful contrast to the Word-Faith distortions.

First, let’s recognize that God does not condemn possessions or riches per se. It is not a sin to be wealthy! (Some very godly people in the Bible—Abraham and Job, for example—were quite wealthy.) But God does condemn a love of possessions or riches (Luke 16:13; 1 Timothy 6:10; Hebrews 13:5). A love of material things is a sure sign that a person is living according to a temporal perspective, not an eternal perspective. If you’re looking for that kind of miracle, you’ve got your head (and your heart) in the wrong place.

Scripture tells us that a love of money and riches can lead to sure destruction. The apostle Paul flatly stated that “people who want to get rich fall into temptation and a trap and into harmful desires that plunge people into ruin and destruction” (1 Timothy 6:9).

Jesus understandably warned His followers: “Watch out! Be on your guard against all kinds of greed; a man’s life does not consist in the abundance of his possessions” (Luke 12:15). He then urged His followers to have an eternal perspective, exhorting: “Do not store up for yourselves treasures on earth, where moth and rust destroy, and where thieves break in and steal. But store up for yourselves treasures in heaven” (Matthew 6:19, 20; see also John 6:27).

Jesus urged: “Seek first his kingdom and his righteousness, and all these things will be given to you as well” (Matthew 6:33). Living for God righteously should be our top priority. When we do this, God will provide us with the necessities of life.

And if God in His sovereign grace should bless us with material wealth, as He did Abraham and Job, we can use it for His glory and for the extension of His kingdom. We can use such wealth as a channel of blessing for others.

Our attitude should be that whether we are rich or poor (or somewhere in between), we are simply stewards of what God has provided us. Our attitude should mirror that of the apostle Paul, who said: “I know what it is to be in need, and I know what it is to have plenty. I have learned the secret of being content in any and every situation, whether well fed or hungry, whether living in plenty or in want. I can do everything through him who gives me strength” (Philippians 4:12-13).

Miracles and the Apparitions of Mary

According to recent estimates, Mary (the mother of Jesus) has appeared to people over 21,000 times since her death in the first century.[13] In many cases, there are reports of miracles and divine healings that accompany the appearances. The most recent series of alleged appearances have taken place in Medjugorje.

Catholics tell us that Mary has appeared to people throughout history, including in Guadalupe (Mexico), 1531; Rue de Bac (France), 1830; Salette (France), 1846; Lourdes (France), 1858; Fatima (Portugal), 1917; Beauraing (Belgium), 1933; Banneau (Belgium), 1933; and Medjugorje, Bosnia-Herzegovina (1980s). To date, over 10 million Catholics have traveled to Medjugorje to witness the appearances of Mary since they began. In these appearances, Mary speaks of distinctly Catholic doctrines—calling people to perform acts of penance and to pray the Rosary. She also asks that people express greater devotion to her.

There have… allegedly been various signs and miracles that accompany the already supernatural apparitions in Medjugorje. The most popular one is undoubtedly the “Miracle of the Sun” phenomenon. Rene Laurentin, an eminent Marian scholar, stated that “on numerous occasions, thousands have witnessed the sun change colors, spin, become a silver disc, throb and pulsate in the sky, and throw off a rainbow of colors.”…

Most pilgrims claim that a part of the miracle is that they can observe the sun for several minutes without suffering any damage to their eyes….

In addition to the phenomena of the sun, unusual things have reportedly taken place in connection with a large cross at the top of Mount Krizevac, the highest peak in the area. This twenty-foot cement cross, which overlooks Medjugorje, was built in 1933 to commemorate the nineteen-hundredth year since Christ’s death and resurrection. Some pilgrims have testified that they have seen the arms of the cross mysteriously spin. Others say that the cross frequently becomes a column of light more intense than a neon cross. Still others claim that they have seen the concrete cross disappear completely before their very eyes. It has also been reported that the word mir (the Croatian word for peace) has appeared in bright letters in the sky above the cross.

Other extraordinary events have been reported, including rosaries allegedly turning a gold or copper color, fires on the hillside with nothing being scorched, images of Jesus and Mary seen in the sky, and numerous claims to physical healings.[14]

I do not believe a single genuine appearance of the Virgin Mary has ever taken place. I say this not because I have anything against Mary (I do not—for she is truly blessed among women, Luke 1:28). I say this because of the scriptural teaching that contact with the dead in any form is forbidden by God (Deuteronomy 18:11). We should not expect that God would allow Mary to do something that He has explicitly forbidden. From a scriptural perspective, we will be reunited with deceased Christians only at the second coming of Christ (see 1 Thessalonians 4:13-17), and not before.

Some reputable evangelical scholars who have studied the issue have suggested that there may be several explanations for people who claim they have seen Mary. There may be some human deception playing a role; there could be some psychological projection or hallucination; or there could be some kind of physical or natural scientific cause.[15] However, because the nature of these apparitions goes against what is taught in Scripture (contact with the dead), and because unbiblical doctrines are taught by the “Mary” who appears (such as the Rosary), if there is any kind of supernatural element involved, that element is likely satanic or demonic.

Scripture indicates that Satan “masquerades as an angel of light” (2 Corinthians 11:14-15). He can perform “counterfeit miracles, signs and wonders” (2 Thessalonians 2:9-10). In the end times he will inspire false Christs and false prophets who will “perform great signs and miracles to deceive even the elect—if that were possible” (Matthew 24:24). We are told in the book of Revelation that the “beast” and the “false prophet”—both inspired by Satan—will perform “great signs,” even making “fire come down out of heaven to the earth in the presence of men” (Revelation 13:13).

In view of this, there is no doubt that Satan can engage in counterfeit appearances of the Virgin Mary. Certainly, he is more than happy to do so if the result is that many people end up doctrinally deceived with such doctrines as Mariology, penance, purgatory, the veneration of saints, and the like.

The miracles that are alleged for Medjugorje are of a different type than those reported in the Bible. After all, where do you read in the Bible of spinning crosses and a dancing sun? Jesus performed miracles that benefited people and never engaged in miracles simply for the sake of marvel. Further, when Jesus performed a miracle, virtually everyone in the vicinity of Jesus recognized a miracle had occurred. Not so at Medjugorje. Often only a few people see a phenomenon, while others that are present see nothing.

I might also mention that The New England Journal of Medicine featured an article on people who have suffered serious eye damage from watching the sun while in Medjugorje. In fact, it is happening so often these days that doctors have coined the term “Medjugorje affliction” to describe it.[16] The “miracles” at Medjugorje can be dangerous!

There are all kinds of claims being made by people all over the world regarding various kinds of miracles. But not everything that is claimed to be a miracle is, in fact, a genuine miracle. This chapter has dealt only with the “tip of the iceberg” regarding some of the different types of counterfeit miracles in our world today.

My best advice is this: Test everything against Scripture, our only accurate barometer of truth (Acts 17:11; 1 Thessalonians 5:21).

These are days for discernment!