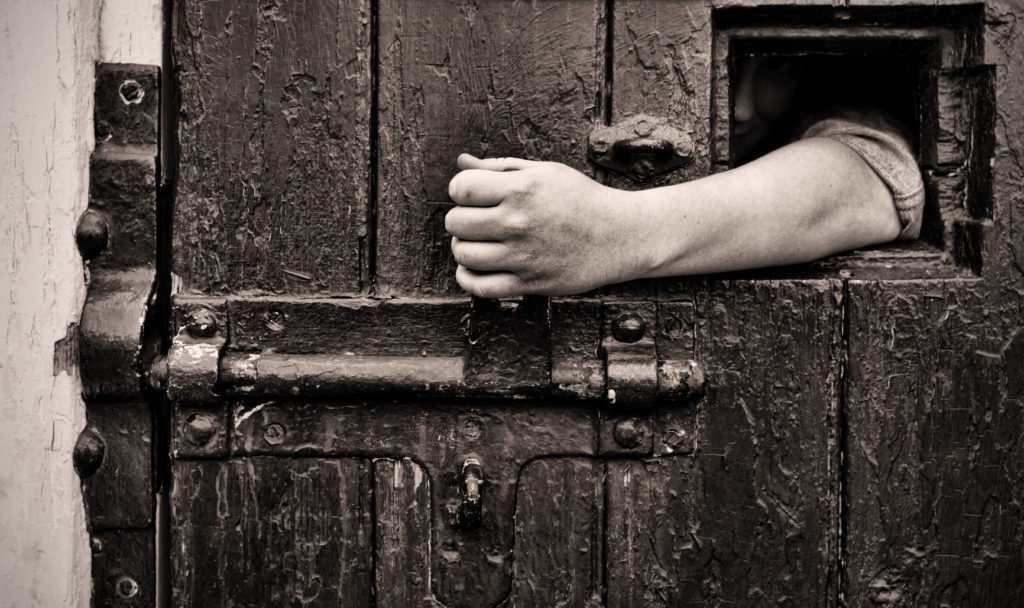 The word translated “debts” in some translations and “trespasses” in others, is the Greek word opheilema. Jon Bloom writes at desiringgod.org, “Nearly all of the most credible English translations over time have translated the Greek words, opheilēma/opheiletēs, as “debts/debtors.” And that’s because in the New Testament and the Septuagint, these words almost always convey the meaning of owing a financial or moral debt or obligation.”[1] What does ‘And Forgive Us Our Debts’ mean?

Now, that’s not to say that “trespasses” is entirely wrong. In verse 14, which is a commentary, or expansion on this petition, the word translated trespasses, offenses, sins, or wrongs there is paraptoma, which carries more of the idea of trespasses. So in one sense you aren’t wrong whichever way you say this petition. For most of us, when we say that we mean “sins against God,” and that is a valid way of understanding this petition.

But today, at least in the West, we have no idea of the terrible burden of being in debt. In Jesus’ day, someone in debt who was unable to pay would be thrown into prison or even worse. Albert Mohler explains,

“In the Roman Empire, prisons were not generally filled with criminals; they were populated with debtors. Most convicted criminals were executed or were forced to serve some other form of punishment for their crimes, but those who could not make good on their payments were incarcerated until they could pay what they owed. This system was meant to put pressure on the families of the incarcerated debtor to find the necessary money to pay their debts to free their loved one from prison.”[2]

That’s the idea that would have been in the listeners’ minds when they heard this petition. For them, the idea of debt was one of life or death. Mohler again, “Jesus’ use of the word debts is meant to evoke in our mind both the serious offense and the corresponding serious punishment. To be forgiven a debt was no mere trifle, but an act of extravagant mercy.”[3]

And that, dear friends, leads us directly to the gospel. By nature we are sinners, utterly unable to “pay” the debt we owe to our Creator. It doesn’t even cross our minds that we owe Him anything! It is only as the Holy Spirit awakens our hearts that we begin to recognize our indebtedness and our inability to repay that debt.https://www.youtube.com/embed/NAm8iK8VhV0?feature=oembed

Ah, but God. In His graciousness, “God demonstrates his own love for us in this: While we were still sinners, Christ died for us” (Romans 5:8). Jesus, “having offered the one sacrifice [the all-sufficient sacrifice of Himself] for sins for all time, sat down [signifying the completion of atonement for sin] at the right hand of God.” (Hebrews 10:12 AMP, emphasis added).

So why then do we need to ask God to “forgive our debts”? After all, weren’t all of our sins, past, present and future covered by Jesus blood? It’s because we still sin. We sin every day, both by commission (things we do that we shouldn’t), and by omission (things we ought to do that we don’t do). J.I. Packer says, “Those who think that because in Christ their sins are covered they need not bother to keep God’s law are desperately confused (see Romans 6)…. God is most deeply outraged when his own people are unfaithful (see Hosea’s prophecy, especially chapters 1-3). ‘This is the will of God, your sanctification’ (1 Thessalonians 4:3)—and nothing less will do.”[4]

So we continue to pile up debts against a holy God. What happens to our relationship with our Heavenly Father when we sin? Warren Wiersbe explains, “Our disobedience does not mean we’re no longer accepted by God; it does mean that we’re not acceptable to our Father. We haven’t lost our membership in the family, but we have damaged our fellowship with the Father and with other children of God…. Answered prayer begins with accepted and acceptable people praying. We feel unworthy to approach the throne, but we are not unwelcomed![5]

But this petition reminds us to keep short accounts with God so that we can “approach God’s throne of grace with confidence,” so that as a result, “we may receive mercy and find grace to help us in our time of need” (Hebrews 4:16).

Oh, God is so gracious. He tells us, “If we claim to be without sin, we deceive ourselves and the truth is not in us. If we confess our sins, he is faithful and just and will forgive us our sins and purify us from all unrighteousness” (1 John 1:8-9).