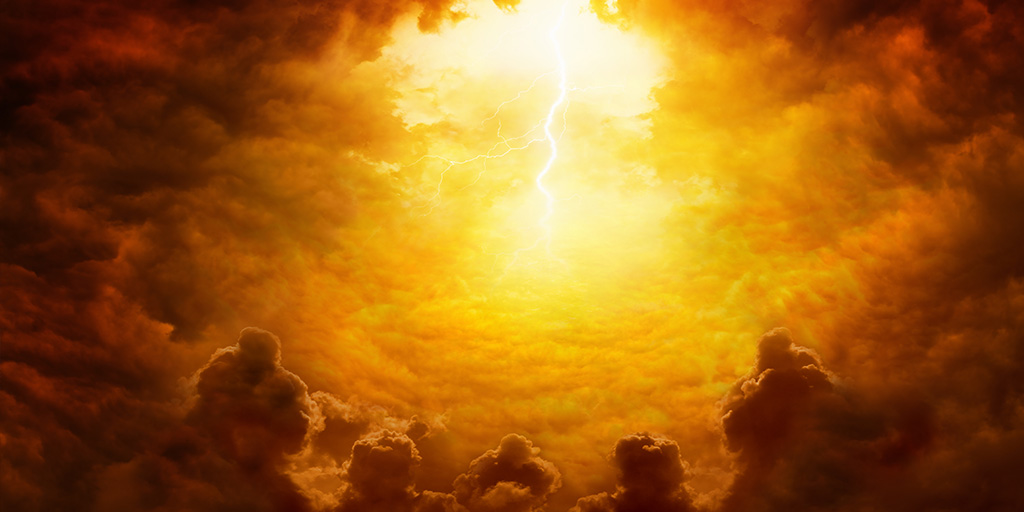 The Connection with Occultism

A number of Christian researchers have noted a connection between near-death experiences and occultism. John Ankerberg and the late John Weldon, for example, affirm that the near-death experience is largely one form of the occult out-of-body experience (OBE), in which the soul allegedly leaves the body and travels around the so-called astral realm. They note that both kinds of experiences can, in some cases, lead to spiritistic contact, worldview changes, and the development of psychic powers.[i]

In keeping with this, near-death researcher Kenneth Ring documents that people frequently experience “psychic events” following a near-death experience. He documents the claim of many that their “psychic sensitivities have developed strikingly” since their near-death experiences.[ii] Others have reported the emergence of clairvoyance (the alleged ability to perceive things that are outside the natural range of human senses) and telepathy (the alleged ability to mystically communicate via thoughts alone) following such experiences. Some have even claimed to encounter spirit guides, which stay with them for the rest of their lives.

Of course, in Scripture, God strongly condemns all forms of occultism and psychic phenomena. Anyone doubting this should spend some serious time studying Deuteronomy 18:10-13, Galatians 5:19-21, and Revelation 21:8.

Must Virtually ALL Near-Death Experiences Be Rejected?

I trust that what I have written impresses upon you the importance of caution and discernment on this experiential issue. There is massive deception connected to NDEs.

While fully acknowledging this deception—and warning Christians to beware of such deceptions—some Christian apologists today are cautioning against dismissing virtually all NDEs. Some such experiences, they surmise, may have some legitimacy.

Researcher Jerry Yamamoto, in an article published in CRI’s Christian Research Journal, suggested that since near-death experiences “are of a subjective nature, determining their source is largely a speculative venture. With divine, demonic, and several natural factors all meriting considerations, a single, universal explanation for near-death experiences becomes quite risky.”[iii] Yamamoto therefore suggests: “If the message and experience of a near-death experience does not distort or conflict with biblical teachings, then we should be careful not to speak against that which resulted in salvation and may have been a genuine work of God.”[iv] Yamamoto cites a case in which he thinks this is, in fact, what occurred. (A man named Dan became a devout Christian immediately following his near-death experience.)

I spent some time with Habermas in Honolulu, Hawaii. We were both featured speakers at a large conference there. During part of our downtime, we discussed near-death experiences. He is considered an expert in this field of study. He affirmed that there are certain aspects of NDEs that are objectively verifiable while other aspects are not objectively verifiable.

Let us first consider what is objectively verifiable. As an example, Habermas spoke of a patient who had a heart attack. Not only did his heart stop beating but he had no brainwave activity for a time. When this patient was revived, he recounted exact details of what went on among the doctors caring for him in the ER (things they did and things they said). As well, the patient recounted exact details of what was going on in the waiting room nearby. This data was shared with the doctors involved in his case following his resuscitation. The details he recounted lined up with doctor’s accounts point by point. People in the waiting room were also interviewed, and the patient was correct in his recounting of what transpired in that room during his NDE.

Now, if this type of thing happened with just one NDE, that would be impressive enough. The truth is, however, that this is happening in countless NDEs that have been documented around the world. Many of these NDEs have the following three factors in common:

1. A patient “dies.” A common scenario is that there is a heart attack. The heart stops and there is no brainwave activity for a time—often a significant time. The doctors do their best to revive the patient. Upon resuscitation, the patient recounts with precision detail what was said and done by doctors in the room while the patient hovered above them (up near the ceiling), even though the patient’s “dead” body was still lying on the bed. In some cases, the patient also recounts things that were said and done in other nearby rooms in the hospital (such as the waiting room).

3. The patient’s recounting and the accounts of the physicians and other people are found to line up, detail by detail.

Other aspects of NDEs are not objectively verifiable. For example, after a patient recounts details of what his doctors said and did, the patient then typically proceeds to talk about going to heaven and meeting Jesus, angels, relatives, and/or friends there. There is no way to objectively verify these kinds of claims. The claims may be true or untrue. Because it is impossible to test such claims, there is no evidential value to the claims.

Given all this, Habermas’s modus operandi is to take seriously the objectively verifiable aspects of NDEs (patient recountings of what they witnessed in the hospital room and elsewhere). But when it comes to descriptions of heaven or people in heaven, he purposefully takes all of this with a grain of salt because such claims cannot be objectively tested and proven.

I think that taking statements about heaven and what goes on in heaven with a grain of salt is probably a wise policy. But I would go one step further. In a number of NDE cases, I would make sure my “spiritual radar” was scanning for possible demonic deception regarding descriptions of heaven or people in heaven. Two illustrations will demonstrate what I mean:

• An atheist who “died” claimed he went to heaven, and said he was greeted by unconditional love (true story). Jesus allegedly told him he would be coming back to heaven one day, but not just yet. His work on earth was not yet finished. This comment from “Jesus” reeks of universalism—the false view that all people are saved. This statement from “Jesus” gave the atheist a false sense of security that he will have a wonderful afterlife in heaven without having had to believe in Jesus or believe in God. I see Satan’s fingerprints all over this experience. I believe the “Jesus” this atheist encountered was a demonic imposter (2 Corinthians 11:14).

• A Hindu who “died” claimed he went to heaven and was greeted by Shiva, a Hindu deity (another true story). He experienced unconditional love and the promise of returning to heaven one day. This is another case in which belief in Jesus appears irrelevant, for a Hindu who believed in a Hindu deity was promised entrance into heaven. This experience adds validation to the claim of many that the world’s different religions provide different paths to heaven. Again, I see Satan’s fingerprints all over this experience.

Christian apologist Sean McDowell is another who believes some NDEs have a ring of credibility. Here is one example he cites:

A woman named Maria was rushed to the hospital with a severe heart attack. After successful resuscitation, she described an NDE in which she claimed to travel outside the hospital building and saw a man’s blue left-footed shoe with a wear mark above the little toe and a shoelace tucked under the heel. Researcher Kimberly Clark Sharp discovered the shoe exactly as Maria described it.[vi]

This NDE may serve to validate Habermas’s modus operandi. Maria, during an NDE, discovered a man’s blue left-footed shoe outside the building. This was objectively verified by Kimberly Clark Sharp. Hence, this aspect of the NDE had evidential value. But experiences involving visits to heaven are unprovable. While McDowell personally believes “many of the cases of people who claim to go to Heaven during an NDE,” he concedes that “they offer minimal evidential value” because they cannot be objectively verified. Despite this, McDowell says that NDEs “strongly confirm that consciousness continues after death.”[vii]

We have considered many details of NDEs in this brief article. Following are some key takeaways I suggest you hold onto:

• A good working policy is to heed Solomon’s advice: “The one who states his case first seems right, until the other comes and examines him” (Proverbs 18:17). Never take anything at face value. Always measure NDE claims against Scripture (Acts 17:11). Scripture is our sole measuring stick—our sole barometer of truth.

• When you encounter something you DON’T fully understand (such as when a friend tells you about his or her NDE), that is the most important time for you to anchor yourself on the things you DO understand, including: (1) Sin is real, and it alienates humanity from God. (2) Salvation is found in Jesus alone. (3) All human beings will face God in judgment following death. (4) Hell is the eternal destiny of the unsaved. (5) God is loving, but He is also holy and just. (6) All religions are not valid paths to God. Christianity makes exclusive truth claims such that if Christianity is true, the other religions are necessarily false. Always keep these Scriptural facts in mind when evaluating NDEs.

• Recognize that Satan is the great counterfeiter of God. He has his own church—the “synagogue of Satan” (Revelation 2:9). He has his own ministers—ministers of darkness that bring false sermons (2 Corinthians 11:4-5). He has formulated his own system of theology—called “doctrines of demons” (1 Timothy 4:1; Revelation 2:24). His ministers proclaim a counterfeit gospel—“a gospel other than the one we preached to you” (Galatians 1:7-8). He has his own throne (Revelation 13:2) and his own worshipers (13:4). He inspires false Christs and self-constituted messiahs (Matthew 24:4-5). He employs false teachers who bring in “destructive heresies” (2 Peter 2:1). He sends out false prophets (Matthew 24:11). He sponsors false apostles who imitate the true (2 Corinthians 11:13). He is also no doubt behind many of today’s NDEs which feature a counterfeit Christ who preaches a universalistic counterfeit gospel which invariably leads to a counterfeit salvation. CHRISTIAN BEWARE!

• Certain aspects of NDEs are objectively verifiable. They are “evidential.” I am referring specifically to patient accounts of what doctors and other people do and say during the time of the patient’s NDE. These accounts seem to provide convincing evidence of conscious existence apart from the physical body.

We would all be best served to focus our primary attention on the wondrous truths of Scripture regarding heaven and the afterlife.