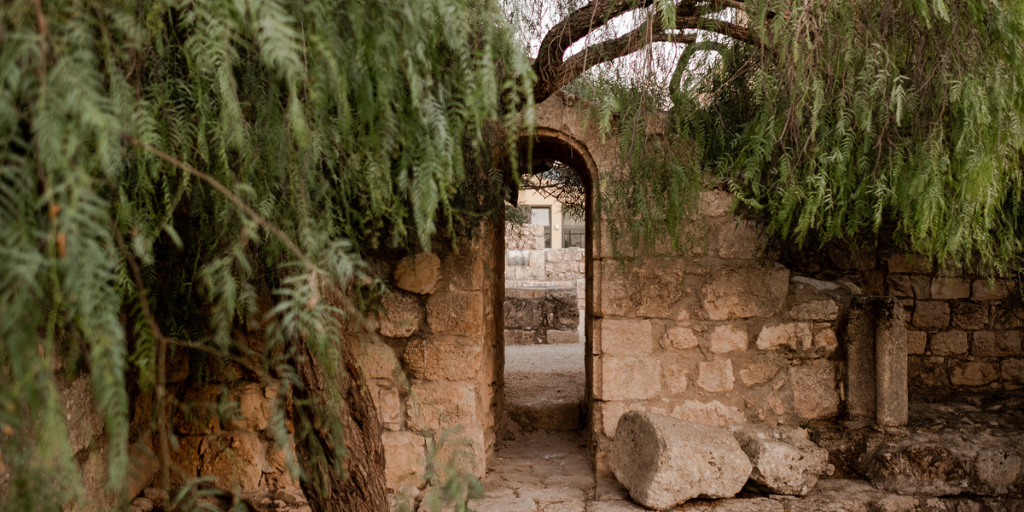 “David was the father of Solomon, who mother had been Uriah’s wife.”

The story of David and Bathsheba is a sad one in a number of ways. It put a permanent blight on David’s legacy.  We read in 1 Kings 15:5, “For David had done what was right in the eyes of the Lord and had not failed to keep any of the Lord’s commands all the days of his life—except in the case of Uriah the Hittite” (emphasis added).

So let’s back up. Bathsheba was probably a rather beautiful woman; certainly pretty enough to capture David’s attention. Both her father Elaim and her husband Uriah are listed among David’s “Mighty Men,” apparently an elite group of soldiers known for their military prowess. You can read about these men in 2 Samuel 23:8ff.

Of course, there are a number of “if only’s” in this story:

We can’t be sure how much of the “blame” for this incident should fall on Bathsheba. Apparently bathing on the roof was a fairly common practice in those days, so we have no reason to assume she was trying to get anyone’s attention. Could she have refused to respond to him, or did she feel she had to do as her king asked? We don’t know. Was she a willing participant, or was she forced? We don’t know. What we do know is that Bathsheba got pregnant. When she informed David of the pregnancy, he did not respond honorably. First, he had Bathsheba’s husband called back from the battle front, hoping he would have sex with Bathsheba and hopefully think the baby was his. Unfortunately, Jewish law forbade a man from sleeping with his wife while he was engaged in warfare, and Uriah adamantly refused to disobey the law.[1]

Since that plot didn’t work, David’s next idea was to have Uriah—one of his mighty men, one of his elite soldiers—killed in battle. (You can read about this in 2 Samuel 11.) Uriah, according to David’s edict, was placed on the front lines of the “hardest fighting,” and other soldiers were ordered to back off so that he would be killed (2 Samuel 11:15). Uriah was killed just as David planned.

Once Bathsheba’s period of mourning for her husband was over, David installed her as his seventh wife (yes, seventh), and in due time she had the child, a son.

Sadly, our actions have consequences, as David and Bathsheba found out only too well. “The thing that David had done displeased the Lord” (2 Samuel 11:27), and as a result Nathan told David, “The child who is born to you shall die” (2 Samuel 12:14). Now Bathsheba was not only mourning a husband, but also a son. It’s a heavy burden.

Bathsheba is considered to be one of David’s favorite wives, and she became the mother of Solomon who would eventually inherit the throne from David. According to Jewish tradition, Proverbs 31 was written by Solomon in memory of his mother.[2] If that is true, it tells us much about Bathsheba and the type of woman she became in her later years. What mother wouldn’t love to have her son say this of her?

She is clothed with strength and dignity;
she can laugh at the days to come.
She speaks with wisdom,
and faithful instruction is on her tongue.
She watches over the affairs of her household
and does not eat the bread of idleness.
Her children arise and call her blessed;
her husband also, and he praises her:
“Many women do noble things,
but you surpass them all.”
Charm is deceptive, and beauty is fleeting;
but a woman who fears the Lord is to be praised.
Honor her for all that her hands have done,
and let her works bring her praise at the city gate. (Proverbs 31:25-31)