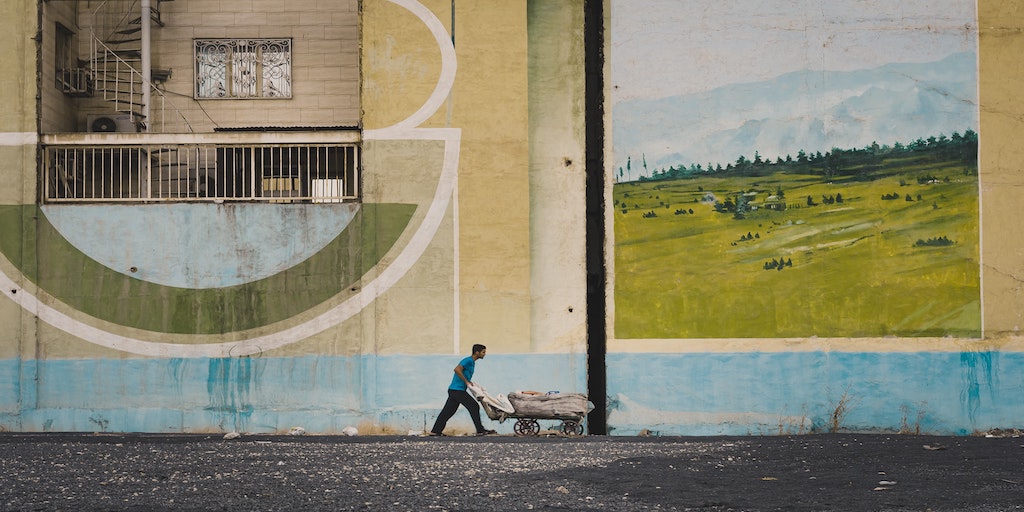 Blessed are the merciful, for they will be shown mercy. Matthew 6:7

We have come to a turning point in our study of the Beatitudes. Arthur Pink explains,

“First, there is a discovery of the fact that I am nothing, have nothing, and can do nothing—poverty of spirit. Second, there is conviction of sin, a consciousness of guilt producing godly sorrow—mourning. Third, there is a renouncing of self-dependence and a taking of my place in the dust before God—meekness. Fourth, there follows an intense longing after Christ and His salvation—hungering and thirsting after righteousness…. In the next four Beatitudes we come to the manifestation of positive good in the believer, the fruits of a new creation and the blessings of a transformed character. How this shows us, once more, the importance of noting that order in which God’s truth is presented to us!”[1]

James Howell points out that this beatitude is unique in that it is reflexive: those who show mercy receive mercy in return.[2]

But what is mercy? The dictionary definition is “compassion or forgiveness shown toward someone whom it is within one’s power to punish or harm.”[3] In his Christian Theology, Millard Erickson says, “God’s mercy is His tenderhearted, loving compassion for His people. It is His tenderness of heart toward the needy. If grace contemplates humans as sinful, guilty and condemned, mercy sees them as miserable and needy.”[4] Tim Challies says, “Mercy is not something God owes to us—by definition mercy cannot be owed—but is something God extends in kindness and grace to those who do not deserve it.”[5]

We all understand the awesome wonder of God extending His mercy toward us. “It is of the Lord’s mercies that we are not consumed,” says Lamentations 3:22. Psalm 103:10 explains, “He has not dealt with us according to our sins or repaid us according to our iniquities. And Titus 3:5, “He saved us… because of his mercy.”

Blessed Are the Merciful

Clearly, God’s mercy is not the issue here. He is merciful. He does show mercy. He shows mercy even to those who “are themselves the unworthy recipients of [His] mercy.”[6] No, the issue is, how will we respond since God has shown mercy to us?

In Matthew 18:21-35 we read the parable of the unmerciful servant. If you recall the story, a servant who owed roughly 20 years’ worth of wages was brought before the king. The king responded to his “sob story” by forgiving the debt, which he could clearly never repay. The servant’s response? He went out and found a man who owed him roughly one day’s wages. When that man asked for patience, the servant instead had him thrown into prison “until he could pay the debt.”

When the king was told about the servant’s actions, he called him back in, reinstated his debt, and had him thrown into prison where he was to be tortured until he repaid his massive debt. The parable ends with the warning, “This is how my heavenly Father will treat each of you unless you forgive your brother and sister from your heart” (Matthew 18:35).

Perhaps at this point we can state the “negative” beatitude: Woe to the unmerciful, for mercy will be withheld from them.

So what does “showing mercy” look like for me? Arthur Pink explains mercifulness, “is a gracious disposition toward my fellow creatures and fellow Christians. It is that kindness and benevolence that feels the miseries of others. It is a spirit that regards with compassion the sufferings of the afflicted. It is that grace that causes one to deal leniently with an offender and to scorn the taking of revenge…. It is the forgiving spirit; it is the non-retaliating spirit; it is the spirit that gives up all attempt at self-vindication and would not return an injury for an injury, but rather good in the place of evil and love in the place of hatred. That is mercifulness.”[7]

Have you received mercy from God? If you have, then upon what basis do you dare to withhold mercy from someone who you feel has wronged you? Showing mercy doesn’t mean we have to “forgive and forget.” As Gregory Brown says, “Scripture says God remembers our sins no more (Is. 43:25). This doesn’t mean that God can forget; he can’t, since he is omniscient. It means that he no longer holds our sins against us as a barrier to intimacy or usefulness. We must do the same.”[8]

How important is it that we show mercy? Billy Graham suggests that “Our attitude toward our fellowmen is a more accurate gauge of our religion than all of our religious rantings.”[9] He continues by saying,

“Satan does not care how much you theorize about Christianity or how much you profess to know Christ. What he opposes vigorously is the way you live Christ—the way you become an instrument of mercy, compassion, and love through which He manifests Himself to the world. If Satan can take the mercy out of Christianity, he has killed its effectiveness. If he can succeed in getting us to talk a good case of religion but to live a poor one, he has robbed us of our power.”[10]

“Lord, have mercy on me, a sinner.” Enable me, by Your power, to show mercy to others.