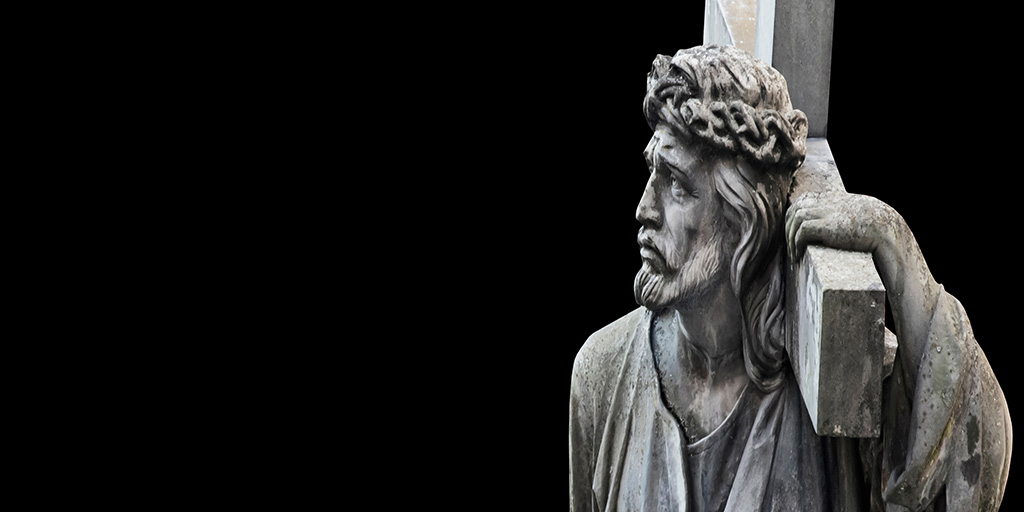 Some Bible verses are not as easy to understand as others. Peter once said of the apostle Paul, “His letters contain some things that are hard to understand” (2 Peter 3.16). The difficulty of understanding some verses is illustrated in the Ethiopian eunuch who was reading from Isaiah. Philip, an apostle, asked him, “Do you understand what you are reading?” The eunuch responded: “How can I, unless someone explains it to me?” Philip then sat with him and explained everything to him (Acts 8.27-31).

In what follows, I will explain some of the commonly misunderstood Bible verses about Jesus. These verses are often misinterpreted to mean that Jesus is a creature, or is not fully divine, or is inferior to the Father.

In this verse, we read: “For God so loved the world, that he gave his only Son, that whoever believes in him should not perish but have eternal life.” Some believe Jesus—as the “Son” of God—must be lesser in divinity than the Father.

This view is based on a faulty conception of what “Son of…” meant among the ancients. Though the term can refer to “offspring of” in some contexts, it carries the more significant meaning, “of the order of.” In Bible times, “sons of the prophets” meant “of the order of prophets” (1 Kings 20:35). “Sons of the singers” meant “of the order of singers” (Nehemiah 12:28). Likewise, in contexts relating to Jesus, the phrase “Son of God” means “of the order of God,” and represents a claim to undiminished deity. This is why, when Jesus claimed to be the Son of God, the Jews wanted to execute Him for committing blasphemy. They understood Him as claiming to be God (John 19:7).

Colossians 1:15—The “Firstborn” of All Creation

This verse tells us that Jesus is “the firstborn of all creation.” Some misunderstand this as meaning that Jesus was the “first-created.”

“Firstborn,” however, does not mean “first-created.” The word Greek word for “firstborn” (prototokos) means “first in rank,” “preeminent one,” “heir.” The word carries the idea of positional preeminence and supremacy. Christ is the “firstborn” in the sense that He is positionally preeminent over creation and is supreme over all things.

Interestingly, among the ancient Hebrews, the word firstborn referred to the son in the family who was in the preeminent position, regardless of whether that son was literally the first son born to the parents. Though David was the last son born to Jesse, he became the “firstborn” because of his prominent position (Psalm 89:27). Though Ephraim was not Joseph’s first son, he was called the “firstborn” because of his preeminent position (Jeremiah 31:9).

Revelation 3:14—The “Beginning” of God’s Creation

Revelation 3:14 refers to Jesus as “the beginning of God’s creation.” Some misunderstand this to mean that Jesus was a created being.

The Greek word for “beginning” in this context (arche) carries the idea of “one who begins,” “origin,” “source,” “creator,” or “first cause.” It is worth noting that the English word architect is derived from arche. We might say that Jesus is the architect of all creation (see John 1:3; Colossians 1:16; Hebrews 1:2).

A secondary meaning of arche is “ruler” or “magistrate.” If “ruler” is the correct meaning for arche in Revelation 3:14, then it means that Christ has authority over all creation.

It may be that in the case of Christ, both senses of the word are intended. After all, Christ is elsewhere portrayed in Scripture as both the Creator (Hebrews 1:2) and Ruler (Revelation 19:16) of all things.

In John 14:28, Jesus affirmed: “You heard me say to you, ‘I am going away, and I will come to you.’ If you loved me, you would have rejoiced, because I am going to the Father, for the Father is greater than I.” Some misunderstand this to mean that Jesus is a lesser deity than the Father.

Contrary to this, Jesus in this verse is not speaking about His divine nature. Christ’s full deity is indicated in numerous other verses in John’s gospel (1:1, 8:58; 10:30; 20:28). In John 14:28 Jesus is rather speaking of His lowly position in the Incarnation. The Athanasian Creed affirmed that Christ is “equal to the Father as touching his Godhood and inferior to the Father as touching his manhood.” Jesus could honestly say, from the perspective of the Incarnation, that the Father was “greater” than Him, for while Jesus was in a state of humiliation on earth, the Father was in a state of glory in heaven.

A close examination of this verse shows that it has nothing to do with inferiority or superiority of one person over another; rather, it has to do with patterns of authority. Paul says the man is in authority over the woman even though men and women are equally human. In the same way, Paul says the Father is in authority over Jesus even though the Father and Jesus are equally divine (John 1:1; 8:58; 10:30; 20:28).

There is no contradiction in affirming both an equality of being and a functional subordination among the persons in the Trinity. Christ in His divine nature is equal to the Father. Relationally, however, He is subordinate to the Father.

In this verse, we read: “Jesus said to her, ‘Do not cling to me, for I have not yet ascended to the Father; but go to my brothers and say to them, I am ascending to my Father and your Father, to my God and your God.’” Some misunderstand this to mean that Jesus Himself is not God.

It is helpful to remember that prior to the Incarnation, Christ—the second person of the Trinity—had only a divine nature. But in the Incarnation Christ took on a human nature. It is thus in His humanity that Christ acknowledged the Father as “my God.” Among the proper duties for man is to worship, pray to, and adore God. Moreover, as our High Priest—“made like his brothers in every respect” (Hebrews 2:17)—Jesus could rightly address the Father as “God.”

Seen in this light, the verse cannot be taken to mean that Jesus is not God. Recall that the Father Himself said of Jesus: “Your throne, O God, is forever and ever” (Hebrews 1:8). Hence, the Father speaks of Jesus as “God” just as Jesus speaks of the Father as “God.”

This verse cannot be taken in isolation from other Bible verses. When considering the whole of Scripture, we find that it is just as illegitimate to conclude that Jesus is not God as it is to conclude that the Father is not Lord. The Father is called God (1 Peter 1:2) and Lord (Matthew 11:25), just as Jesus is called God (John 20:28; Hebrews 1:8) and Lord (Romans 10:9). Clearly, the use of a title for one person in the Trinity in one context does not automatically rule out its application to another person in the Trinity in another context.

John 4:23—Worship the Father Only?

This verse cannot be taken in isolation from other Bible verses. Scripture reveals that Christ was worshiped as God (Greek: proskuneo, the same Greek word used for worshiping the Father) many times. And He always accepted such worship as appropriate. Jesus accepted worship from Thomas (John 20:28), the angels (Hebrews 1:6), the wise men (Matthew 2:11), a leper (Matthew 8:2), a ruler (Matthew 9:18), a blind man (John 9:38), an anonymous woman (Matthew 15:25), Mary Magdalene (Matthew 28:9), and the disciples (Matthew 28:17). That Jesus is worshiped says a lot about His true identity, for it is the consistent testimony of Scripture that only God can be worshiped (Exodus 34:14).

In this passage, we read of Jesus: “As he was setting out on his journey, a man ran up and knelt before him and asked him, ‘Good Teacher, what must I do to inherit eternal life?’ And Jesus said to him, ‘Why do you call me good? No one is good except God alone.’” Some misunderstand this verse to mean that Jesus denied He was good.

Jesus was not disclaiming His “goodness” (which is a characteristic of God). Rather, He was asking the man to examine the implications of what he was saying. In effect, Jesus was implying: “Do you realize what you are saying when you call me ‘good’? Do you realize you are implying that I am God?”

The apostle Paul admonished young Timothy to follow his example: “Do your best to present yourself to God as one approved, a worker who has no need to be ashamed, rightly handling the word of truth” (2 Timothy 2.15). The King James Version translates the latter part of the verse, “rightly dividing the word of truth.” As we “rightly divide” these verses about Jesus, we find that while Jesus is subordinate or submissive to the Father’s authority, He is fully equal to the Father in His divine nature.

This article is adapted from Commonly Misunderstood Bible Verses, by Ron Rhodes. Used by permission.