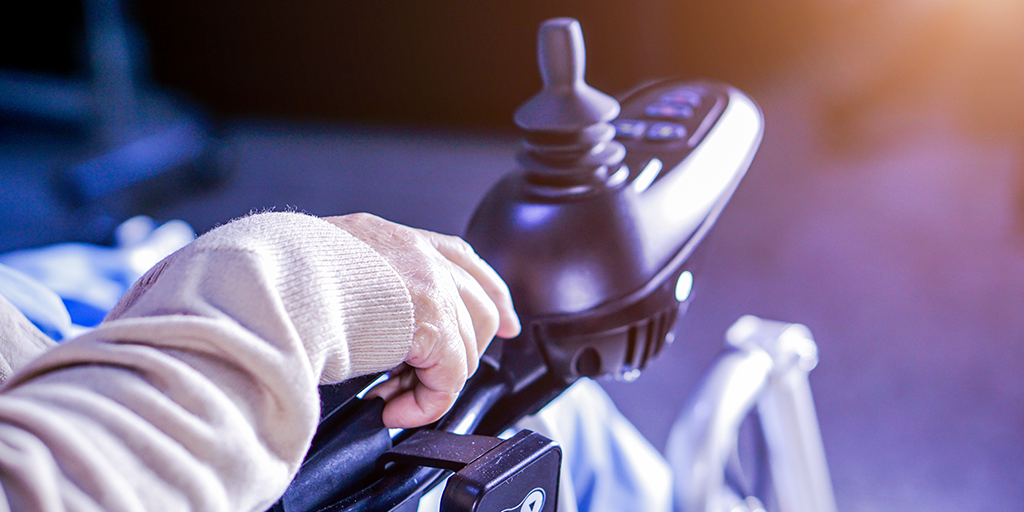 Perhaps the best modern-day example of how God can bring good out of evil is the life of Joni Eareckson Tada, who has been featured on the John Ankerberg Show.

Joni dove into the waters of Chesapeake Bay, and her head hit something hard and unyielding. Her body sprawled out of control as she heard what sounded like a loud buzzing. She could not move a muscle, and she panicked. Long story short, Joni now had total quadriplegia due to a diagonal fracture between the fourth and fifth cervical levels.[1] The injury was permanent.

One might naturally think that this tragic event would mark the end of a meaningful life for Joni. But that was not to be the case. Because of what Joni experienced, she now has a ministry—Joni and Friends—that reaches virtually millions of people around the globe. This ministry exists to “communicate the gospel and equip Christ-honoring churches worldwide to evangelize and disciple people affected by disability.”[2] This vital ministry—which shares “hope through hardship”—would never exist had it not been for Joni’s accident.

This experience gave Joni an eternal perspective: “The Bible indicates that our bodies are temporal. Therefore, my paralysis is temporal. When my focus shifted to this eternal perspective, all my concerns about being in a wheelchair became trivial.”[3] It is amazing how God brought a tremendous good out of this terrible evil.

There are certainly many biblical examples of how God brought good out of evil:

Example 1: Joseph was sold into slavery by his brothers (Genesis 38–39). While it seemed painful at the time, God was in control of Joseph’s circumstances. God used these adverse circumstances to bring Joseph to Egypt, where He elevated Joseph to a position of great authority (Genesis 41).

During this time of Joseph’s suffering, he was unaware of God’s ultimate plan. He did not know that God was using these dire circumstances to bring him to a position of prominence. That is why it was so crucial that Joseph trusted God, no matter the circumstances. Joseph later told his brothers, whose actions had injured him: “You meant evil against me, but God meant it for good” (Genesis 50:20). The moral of the story is that our faith in God must rest upon the reality that God can bring a greater good out of any evil that befalls us.

Example 2: The apostle Paul was thrown into prison repeatedly during his work of ministry (Acts 16:23-37; Ephesians 3:1; Philippians 1:7; Colossians 4:10; Philemon 9). While this was no doubt painful at the time, the good that God brought out of these imprisonments is that Paul wrote Ephesians, Philippians, Colossians, and Philemon while in prison. This illustrates Paul’s spirit-inspired statement in Romans 8:28: “We know that God causes all things to work together for good to those who love God.”

Example 3: When Jesus was crucified on a criminal’s cross, a bystander observing things would likely see no good in the horrible event that transpired. All the while, however, God was unfolding His wonderful plan of redemption where the greater good of human salvation would be brought about by this death on the cross (2 Corinthians 5:21; 1 Peter 2:24; 1 John 2:2). What appeared to be the worst tragedy of all turned out to be the greatest blessing of all.

Here is an essential spiritual principle to keep in mind: If God brought good from evil in the lives of Joseph, Paul, and even Jesus, He can certainly bring good out of evil in our lives too. God invites us, “Trust Me.” How will you respond to this invitation?

The Greater Good of Saving Faith

One thing I have learned from years of ministry is that people often do not turn to God until they feel their need for Him. I know a man who was an unbeliever (I will call him “Tim”) who was strong, self-willed, proud, and independent. Tim was a “Type A” personality who always wanted to be in control. When he was not pleased with someone, he would give him or her the third degree. He was not a man who was pleasant to be around when he was angry, and he got angry a lot.

There came a time when Tim’s wife decided to divorce him, and she sought custody of their children. Tim’s whole life came crashing to the ground. As the divorce proceedings went on month after month, he sunk lower and lower in despair. During the midst of this mess, I shared the gospel with him. When he finally hit rock bottom, he was open to the gospel. I was with him when he prayed and verbalized to God his faith in Jesus Christ for salvation. It was the first time I ever saw Tim cry.

Not only did Tim become a Christian, but under God’s grace, his family was restored. The divorce proceedings were canceled. While I would never presume to be able to discern the thoughts and the methods of the Almighty, in this case, it seems clear that God knew that the only thing that would get Tim’s attention was the possible loss of his family. In this case, God brought a tremendous good out of what seemed to be a horrible evil.

God’s overriding aim is for people to come to the knowledge of Himself in a free, uncoerced way. Perhaps it is just a fact that only in a world containing pointless natural suffering would people turn to God. Who knows? It may be that God has created a world containing natural evils that don’t contribute to any higher good in this life but which serve as the context in which He knew people would believe and trust in Him.[4]

I can bear witness that many people do not choose to trust in and follow God until they encounter suffering in life. Christian missionaries tell us that evangelism is the most fruitful in areas of the world where there is the greatest suffering. Every time a suffering person comes to God in faith, good has emerged out of evil.

When I was a boy scout on dinner detail, the pot in which I was cooking stew was made of plain metal. It had a plain metal handle. After sitting over the fire for about 15 minutes, I mindlessly picked up the metal pot without wearing a protective glove. I yanked my hand away instantly as I screamed in pain.

In hindsight, I realized that this particular pain was actually “good” in the sense that it helped me avert further damage to my hand. Think about it. If I had no nerves in my hand that could experience pain, I would have continued holding the pot and would have suffered severe burns in my hand without even realizing it. This illustrates how some pain can yield the greater good of averting further—and worse—forms of pain.

I can give other examples. Severe headaches might indicate high blood pressure or something worse. Pain in the lower back might indicate kidney problems. Severe muscle cramps might indicate an electrolyte imbalance. Chest pains might indicate a heart attack. In each case, pain can cause us to avert further—and more serious—pain by seeking immediate medical attention for our particular malady.

There are many and diverse ways in which God can bring good out of evil in our lives. My best closing advice in facing pain or evil circumstances is to always follow Solomon’s wisdom: “Trust in the Lord with all your heart and lean not on your own understanding; in all your ways acknowledge him, and he will make your paths straight” (Proverbs 3:5-6). You can always bank on the fact that God is working in your circumstances to bring some kind of good out of the adversities you face (Romans 8:28). Even if you are unaware of the “good” God is working toward, keep your trust in Him strong (Psalm 37:5; 50:15; 62:8).

Some of the content of this article is derived from two of Ron Rhodes’ books, both of which may be consulted for further study: 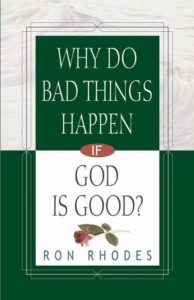 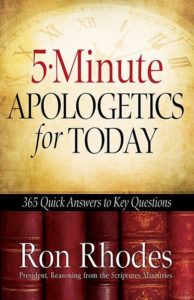