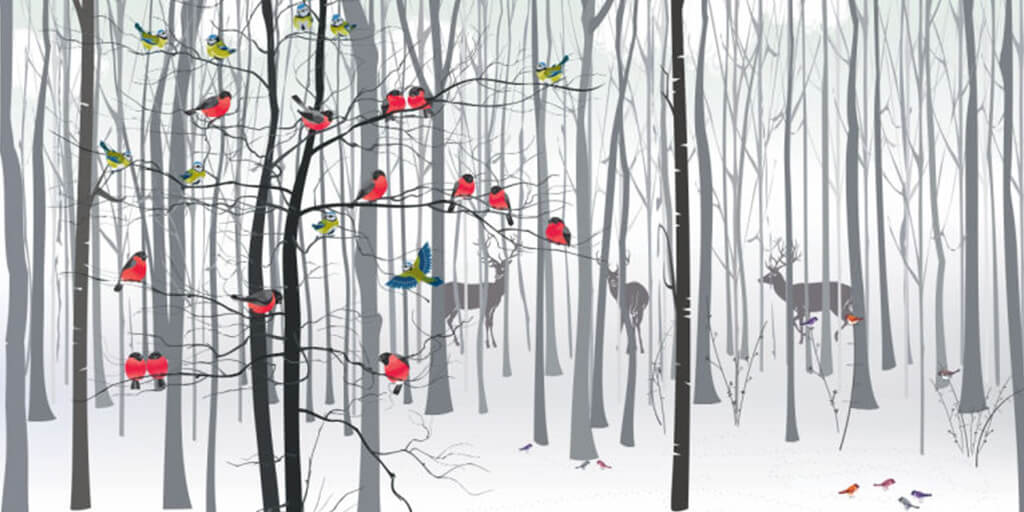 Every Christmas for many years, Paul Harvey would retell the parable of the Man and the Birds.[1] In brief, it involved a man who saw a flock of birds in distress on a cold snowy morning. He tried to get them to go into a nearby barn for shelter, but they would not go. He tried to entice them with breadcrumbs; he tried waving his arms to get them to go in the right direction; but they would not. Eventually it dawned upon him that the birds were frightened of him. They did not realize he was trying to help them.

“If only I could think of some way to let them know that they can trust me. That I am not trying to hurt them, but to help them. But how?…

“He thought to himself, ‘If only I could be a bird and mingle with them and speak their language. Then I could tell them not to be afraid. Then I could show them the way to the safe warm… to the safe warm barn. But I would have to be one of them so they could see… and hear… and understand.’”

It is no leap at all to relate that to John 1:1, 14: “In the beginning was the Word, and the Word was with God, and the Word was God…. The Word became flesh and made his dwelling among us. We have seen his glory, the glory of the one and only Son, who came from the Father, full of grace and truth.”

Jesus reveals God to us in a way that our frail minds can understand. He came to bring us a message of salvation in language we could hear, believe, and receive.

J.I. Packer says this about revelation:

Through nature we come to an incomplete understanding of God. Certain of His attributes are clearly revealed, and we read that the wrath of God justly comes upon those who refuse to accept this revelation (Romans 1:18-20).

In Scripture, God’s plan of salvation is revealed: beginning from the formulation of the plan even before the world was created (cf. Ephesians 1:4); to the first hint given in Genesis 3:15; to pictures in the Passover (Exodus 12); and the sacrifice of Isaac (Genesis 12). In fact, W.A. Criswell preached a sermon series (which has been published in a book), revealing what he calls a scarlet thread of redemption that runs through the entire Bible,[3] illuminating God’s gracious plan to redeem a people for Himself.

But it is in Jesus, God’s only begotten Son, that we come to truly know the Father:

In Jesus’ own words:

In the words of others:

Finally, it must be stated here very clearly that God has a specific reason, a very special purpose, for sending Jesus into the world. He had an important message for us to hear and understand:

For God so loved the world that he gave his one and only Son, that whoever believes in him shall not perish but have eternal life. For God did not send his Son into the world to condemn the world, but to save the world through him. (John 3:16-17)

Will you heed God’s revelation, and receive His gift of salvation?