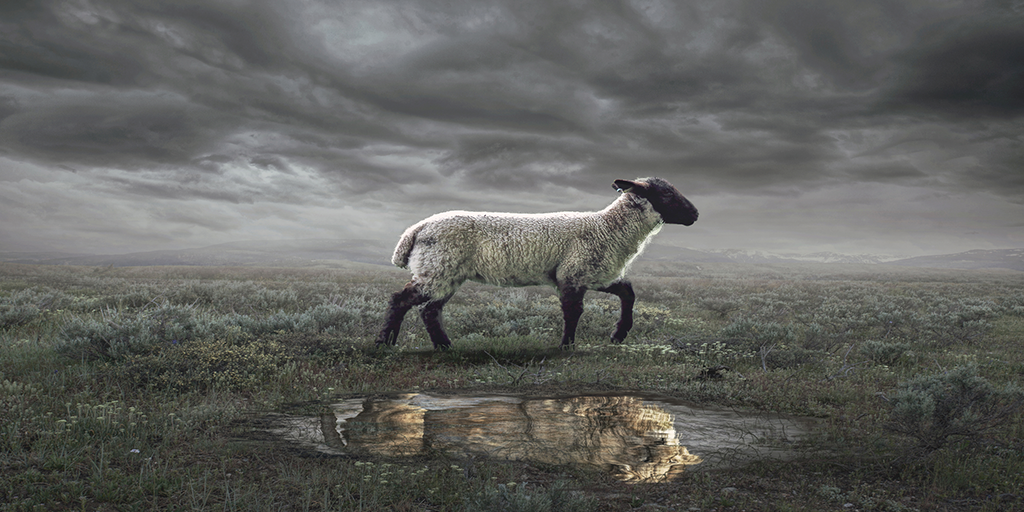 “Blessed are those who hunger and thirst for righteousness, for they will be filled.” (Matthew 5:6)

I saw a cartoon recently featuring several commuters sitting on a train. The fellow in the center had long untidy hair, numerous tattoos and was dressed in leather. A thoroughly bad dude from all appearances. Seated around him were men and women in business attire, well-groomed, and who appeared to be upright citizens. But it all changed when you read the thought bubbles above their heads. The upright, clean-cut business types were condemning the leather-clad guy solely on the basis of his appearance, while the tatted guy was praying that God would guide and keep him through his day. Remind you of a Bible verse? (Hint: Read Luke 18:9-14.)

You see, there is an external righteousness which is so appealing to many. Those are the ones who judge based on outward appearance, who follow a list of rules and condemn those who don’t, and who neglect what is on the inside, which is full of “every kind of impurity” (Matthew 23:27).

That kind of righteousness—the one based on following rules and/or comparing ourselves to others, the one that so many people today fill themselves with—will never satisfy. So, before we talk about the righteousness that is to be desired, let’s step back a moment and remember the steps that have brought us to this point:

“Those who are truly born again have gone through the steps of the Beatitudes: They recognize their spiritual poverty, as they have fallen short of God’s glory—even their righteous deeds are as filthy rags before God (Is 64:6). They mourned because of their sin and because they were under God’s judgment. They became the meek who submitted to the Lordship of Christ and began to hunger and thirst for righteousness.”

So what is righteousness? James Howell explains, “In [the apostle] Paul’s profound understanding of the effects of Jesus’ life and death, ‘righteousness’ is transformed from something we are supposed to do to something that God gives. Righteousness is a gift from God, achieved by Jesus. Righteousness for Paul is really a wrong relationship with God that has been set right—not by us, but by God.”

When Jesus died on the cross, He provided for us the righteousness, the justification, described in Galatians 2:16: “we know that a person is not justified by works of the law but through faith in Jesus Christ, so we also have believed in Christ Jesus, in order to be justified by faith in Christ and not by works of the law, because by the works of the law no one will be justified.” Justified, in other words, is “being declared righteous in the courts of heaven.” That’s a work of God. Then that works out in our lives in a process called sanctification—a lifelong journey of becoming what God wants us to be.

What does Billy Graham say?

In his book, The Secret of Happiness, Billy Graham suggests four things that interfere with our hunger after righteousness. Do you see any of these in your own life?

Howell provides our final caution and challenge. He says,

“Notice that Jesus did not say, ‘Blessed are those who are righteous,’ but ‘Blessed are those who hunger and thirst for righteousness.’ If you think you possess it, you become self-righteous. God fashioned the hollowness inside us, not as an evil to be cured, but as the most marvelous gift. The popular hymn “Fill My Cup, Lord” gets it wrong: ‘Feed me ‘til I want no more.’ Jesus wants us to keep wanting…. We hunger and thirst for righteousness. The beauty is in the hungering, in the yearning. The nagging hankering we feel inside is God’s voice, calling us home, keeping us a bit ‘restless until we find rest in God’ (to recall Augustine’s phrase)…. Only righteousness, only a relationship with the living Lord, can satisfy—but even that satisfaction leaves us hungry for more.

I’ve quoted the hymn before, but it bears repeating:

Hallelujah! I have found Him

Whom my soul so long has craved!

Through His blood I now am saved.

Do you have a craving for the righteousness that only Jesus can satisfy?