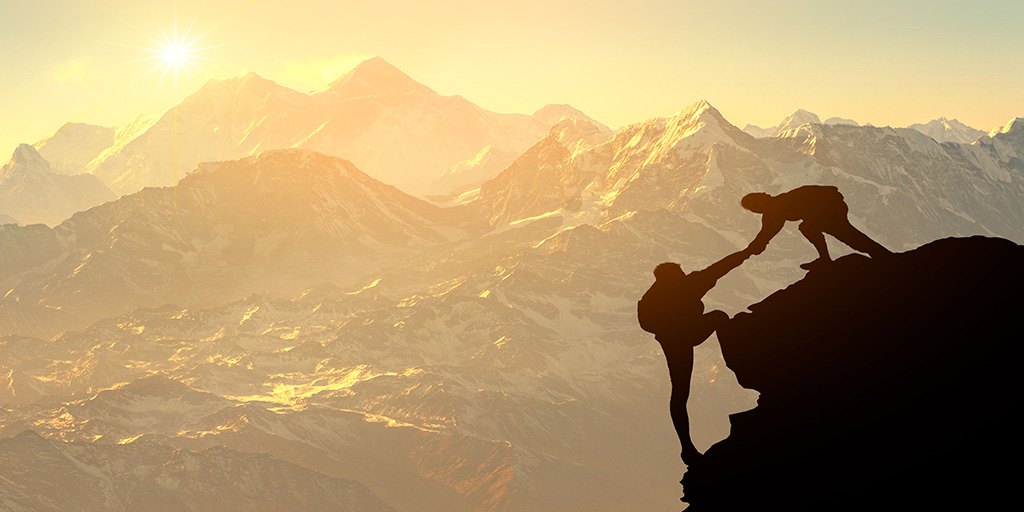 “It is finished!” (John 19:30). One of the most powerful statements in all of Scripture. This statement (a single word in Greek) was Jesus’ last proclamation from the cross.

So, what did Jesus finish? I encourage you to read these verses slowly and let them sink in.

On the cross, Jesus finished: the payment for your sin

“But he was pierced for our rebellion,
crushed for our sins.
He was beaten so we could be whole.
He was whipped so we could be healed.
All of us, like sheep, have strayed away.
We have left God’s paths to follow our own.
Yet the Lord laid on him
the sins of us all” (Isaiah 53:5-6).[1]

“He himself bore our sins in his body on the cross, so that we might die to sins and live for righteousness; by his wounds you have been healed” (1 Peter 2:24; NIV).

“Christ suffered for our sins once for all time. He never sinned, but he died for sinners to bring you safely home to God” (1 Peter 3:18).

Because of Jesus’ finished work on the cross, you can live free from the burden of your sin knowing it has been paid in full.

On the cross, Jesus finished: your enmity and separation from God

“You were his [God’s] enemies, separated from him by your evil thoughts and actions. Yet now he has reconciled you to himself through the death of Christ in his physical body. As a result, he has brought you into his own presence, and you are holy and blameless as you stand before him without a single fault” (Colossians 1:21-22).

Because of Jesus’ finished work on the cross, you can enjoy the privilege of close communion with God.

On the cross, Jesus finished: Satan’s power to accuse you

“He [God] canceled the record of the charges against us and took it away by nailing it to the cross. In this way, he disarmed the spiritual rulers and authorities. He shamed them publicly by his victory over them on the cross” (Colossians 2:14-15).

“So now there is no condemnation for those who belong to Christ Jesus” (Romans 8:1).

Because of Jesus’ finished work on the cross, you only need to point to Him to silence Satan’s accusations.

On the cross, Jesus finished: your bondage to the power of sin

“Since we have been united with him in his death, we will also be raised to life as he was. We know that our old sinful selves were crucified with Christ so that sin might lose its power in our lives. We are no longer slaves to sin. For when we died with Christ we were set free from the power of sin. And since we died with Christ, we know we will also live with him.  We are sure of this because Christ was raised from the dead, and he will never die again. Death no longer has any power over him. When he died, he died once to break the power of sin. But now that he lives, he lives for the glory of God.So you also should consider yourselves to be dead to the power of sin and alive to God through Christ Jesus” (Romans 6:5-11).

Because of Jesus’ finished work on the cross, you can live dead to sin and alive to God.

On the cross, Jesus finished: the power of death and your need to fear it

Because of Jesus’ finished work on the cross, you can know the peace of living without fear of death.

Jesus finished all this, enduring the cross, because He loves you

He loves you with a love beyond your comprehension. His love is not something you earn. He has loved you before you ever loved Him.

“God showed how much he loved us by sending his one and only Son into the world so that we might have eternal life through him.This is real love—not that we loved God, but that he loved us and sent his Son as a sacrifice to take away our sins” (1 John 4:9-10).

“When we were utterly helpless, Christ came at just the right time and died for us sinners. Now, most people would not be willing to die for an upright person, though someone might perhaps be willing to die for a person who is especially good. But God showed his great love for us by sending Christ to die for us while we were still sinners” (Romans 5:6-8).https://www.youtube.com/embed/iPSDZO_5kQg?feature=oembed

“For the wages of sin is death, but the free gift of God is eternal life through Christ Jesus our Lord” (Romans 6:23).

“For it is by grace you have been saved, through faith — and this is not from yourselves, it is the gift of God — not by works, so that no one can boast. (Ephesians 2:8-9; NIV).

As you meditate on these verses, may you enter this Easter season resting in the finished work of Jesus, walking as one freed from burden of sin, and rejoicing as a recipient of God’s unmerited favor.