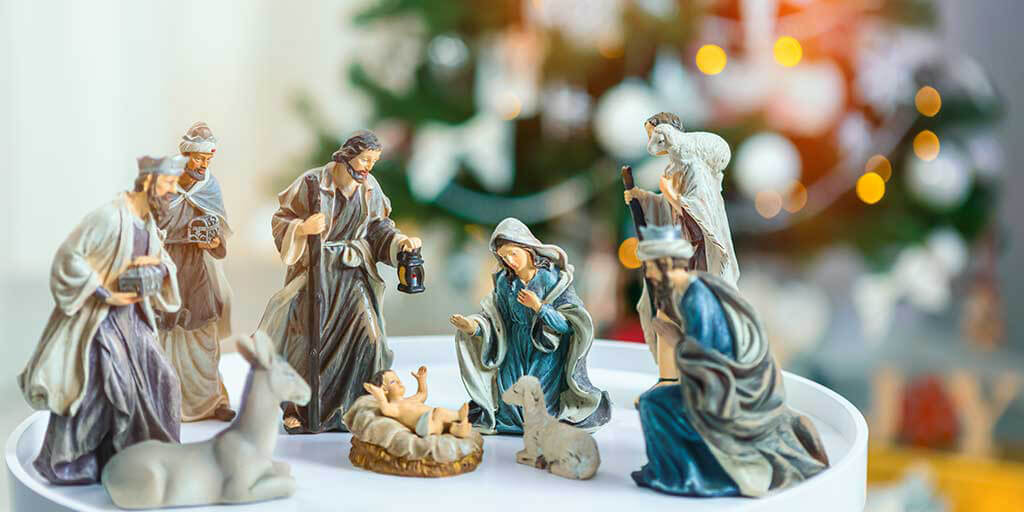 In His first advent, Jesus came as a newborn to His creation. Yet His first breath on earth was not His beginning, for He is eternal and has always been. Fully God and fully man, He came to be the much-anticipated Great Mediator.

Redemption’s story did not begin in Matthew but instead began in Genesis. The Old Testament builds anticipation for all truth and hope held in the New Testament. Considering the Old Testament in light of the reality of Christ enlightens the view, expectation, and conclusion of each passage. With this perspective, stories of old serve as a revealer of Christ.

Investing study in the book of Leviticus allows Christ’s sacrifice to become even more treasured. Christ said in Matthew 5:17, “Do not think I came to abolish the Law or the prophets; I did not come to abolish but to fulfill.” The third book of the Pentateuch holds foreshadowing themes of Christ’s fulfilling work of such things that the Law and the word of the prophets were built. One such fulfillment of Christ was the purpose, responsibility, and work of the Levitical priesthood. The priest’s purpose was for representation between God and man; the responsibility fell solely on the priest, and the work must be without deviation from God’s command.

Because sin had invaded man’s heart, any hope of fellowship between holy God and sinful humanity required such mediation. Reentry into the Garden was not possible, so it would be God who would pursue His creation. The book of Leviticus is a beautiful display of God’s unwavering love for fellowship with His creation. His love looked at the chasm of disparity sin caused and provided the means of restoration. The solution would be a substitutionary act involving the shedding of blood to afford atonement of sin (Leviticus 17:11). In its opening chapters, the Lord reveals a sacrificial system involving five offerings: burnt, meal, peace, sin, and trespass (Leviticus 1-7). The priest would oversee the sacrifices and ensure all were accomplished as prescribed. The required offerings point to the person of Christ (burnt, meal, and peace offerings) and the work of His cross (sin and trespass offerings). The Levitical offerings made atonement for sin but could not take away sin (Hebrew 10:4). But Christ! Because of the perfection of Christ’s life sacrifice, no other blood offering is required. In Christ, sin’s debt has been paid in full (Hebrews 9:13-14). The Father received His Son’s death as the fulfillment of every Levitical imperative.

From the sacrifices prescribed, God commands the priesthood’s consecration and ministry (Leviticus 8-10). God chose the tribe of Levi to be responsible for the religious activities because of their faithfulness (Exodus 32:25-28, Numbers 3:5-13). The Old Testament priests mediated between God and man. On behalf of God, Israel received His Law with accuracy and precision. By administering the sacrifices, they stood before God on behalf of Israel for the atonement of sin. From Mount Sinai until the cross, the priesthood was placed on imperfect men year after year and sacrifice after sacrifice. But Christ! From the shadow, the substance was revealed.

Hebrews 7:23–25: “The former priests, on the one hand, existed in greater numbers because they were prevented by death from continuing, but Jesus, on the other hand, because He continues forever, holds His priesthood permanently. Therefore He is able also to save forever those who draw near to God through Him, since He always lives to make intercession for them.”

Leviticus 16 represents the most momentous day of the year for Israel. It is the Day of Atonement. Only on this day was the high priest allowed to enter the tabernacle’s most holy place and stand before His mercy seat. On any other day of the year, the priest would die if he made such an approach. But on every tenth day of the seventh month, it was not only allowed but also commanded. But Christ!

Hebrews 8:1–2: “Now the main point in what has been said is this: we have such a high priest, who has taken His seat at the right hand of the throne of the Majesty in the heavens, a minister in the sanctuary and in the true tabernacle, which the Lord pitched, not man.”

On behalf of Israel, the finite high priest would present atonement’s sacrifices before God. Before entering with the all-important holy sacrifices, the high priest would undergo a meticulous consecrating process, including himself and every item in the prescribed procedure. But Christ! Hebrews 7:26-28 says, “For it was fitting for us to have such a high priest, holy, innocent, undefiled, separated from sinners and exalted above the heavens; who does not need daily, like those high priests, to offer up sacrifices, first for His own sins and then for the sins of the people, because this He did once for all when He offered up Himself.”

On humanity’s behalf, Christ became both the perfect sacrifice and the Great High Priest once and for all. His first advent was to be our desperately needed Mediator. His fulfillment of every Law made his sacrifice perfect for forgiving every sin. Because God raised Him from the dead, His mediation is forever without vulnerability. One sacrifice. One High Priest. One salvation. But Christ!

Hebrews 10:10–18: “By this will we have been sanctified through the offering of the body of Jesus Christ once for all. Every priest stands daily ministering and offering time after time the same sacrifices, which can never take away sins; but He, having offered one sacrifice for sins for all time, SAT DOWN AT THE RIGHT HAND OF GOD, waiting from that time onward UNTIL HIS ENEMIES BE MADE A FOOTSTOOL FOR HIS FEET. For by one offering He has perfected for all time those who are sanctified. And the Holy Spirit also testifies to us; for after saying, “THIS IS THE COVENANT THAT I WILL MAKE WITH THEM AFTER THOSE DAYS, SAYS THE LORD: I WILL PUT MY LAWS UPON THEIR HEART, AND ON THEIR MIND I WILL WRITE THEM,” He then says, “AND THEIR SINS AND THEIR LAWLESS DEEDS I WILL REMEMBER NO MORE.” Now where there is forgiveness of these things, there is no longer any offering for sin.

View all posts by Carey Dean →