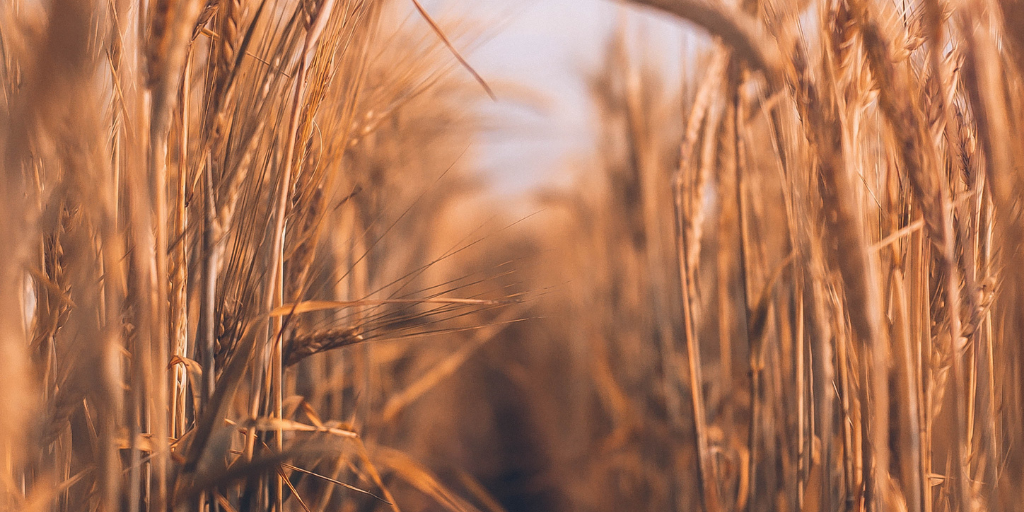 As our story opens in chapter 1 of the book of Ruth, Naomi, Elimelech and their two sons have left Bethlehem (ironically, “the House of Bread”) because of a famine. They settle in Moab where Elimelech dies. Both sons, who have married Moabite women, also die, and Naomi is left a bitter widow.

Eventually, she learns that the famine in Israel is over, and she decides to return. Both daughters-in-law set out with her, but Naomi urges them to stay in Moab where they are more likely to find a second husband. After some urging Orpah returned to her family, but Ruth refused to leave her mother-in-law. Even if you are not familiar with this story, more than likely you know the vow Ruth made to Naomi: “Don’t urge me to leave you or to turn back from you. Where you go I will go, and where you stay I will stay. Your people will be my people and your God my God” (Ruth 1:16).

That’s quite a commitment, especially when you take into account Naomi’s attitude. She told the people in Bethlehem, “Don’t call me Naomi [which means Pleasant],…  Call me Mara [Bitter], because the Almighty has made my life very bitter. I went away full, but the Lord has brought me back empty… The Lord has afflicted me; the Almighty has brought misfortune upon me” (Ruth 1:20).

I’m going to guess she was not a pleasant person to live with at this stage in her life. But wait, there’s more! I’m not going to go into great detail. Read the book of Ruth—it will only take about 15 minutes—to get the whole story.

Long story short, Ruth sets out to support the household by gleaning barley for them to eat. Leviticus 19:9-10 gives the background for this practice: “When you reap the harvest of your land, do not reap to the very edges of your field or gather the gleanings of your harvest. Do not go over your vineyard a second time or pick up the grapes that have fallen. Leave them for the poor and the foreigner” (cf. Deuteronomy 24:19-22). As a widow, Naomi had no other way to provide for herself or for Ruth, so this law allowed them to survive.

Providentially, Ruth found herself gleaning in a field belonging to Boaz, who was a relative of Naomi’s late husband.  He saw her, and liked what he saw. He lightened her load by having his workers deliberately leave grain for her to pick up. He also invited her to take a lunch break with him, and provided her with enough food that she had enough to take home for Naomi as well. When Ruth questioned his generosity he said, “I’ve been told all about what you have done for your mother-in-law since the death of your husband—how you left your father and mother and your homeland and came to live with a people you did not know before. May the Lord repay you for what you have done. May you be richly rewarded by the Lord, the God of Israel, under whose wings you have come to take refuge” (Ruth 2:11-12).

And here’s where the story takes an intriguing turn. Naomi, encouraged by Boaz’ generosity and clear attraction to Ruth, boldly sets up a scenario where Boaz is encouraged to act as a kinsman redeemer. A kinsman redeemer had several obligations, among them: to redeem or buy back the land of a deceased relative (Leviticus 25:25-28; Jeremiah 32:6-9); to redeem or buy back a relative who had been sold into slavery (Leviticus 25:47-55); and, in accordance with a law known as a Levirate marriage, to provide an heir to inherit and carry on the name of the deceased man:

“If brothers are living together and one of them dies without a son, his widow must not marry outside the family. Her husband’s brother shall take her and marry her and fulfill the duty of a brother-in-law to her. The first son she bears shall carry on the name of the dead brother so that his name will not be blotted out from Israel” (Deuteronomy 25:5-6).

Boaz agreed to take on those responsibilities, married Ruth, and with her provided an heir to carry on the name of Elimelech. “Then Naomi took the child in her arms and cared for him. The women living there said, ‘Naomi has a son!’ And they named him Obed. He was the father of Jesse, the father of David” (Ruth 4:16-17).

The NIV Study Bible says, “[Ruth] strikingly exemplifies the truth that participation in the coming kingdom of God is decided not by blood and birth but by the conformity of one’s life to the will of God through ‘the obedience that comes from faith’ (Romans 1:5). Her place in the ancestry of David signifies that all nations will be represented in the kingdom of David’s greater son.”

“In the New Testament, Christ is often regarded as an example of a kinsman-redeemer because, as our brother (Hebrews 2:11), He also redeems us because of our great need, one that only He can satisfy. In Ruth 3:9, we see a beautiful and poignant picture of the needy supplicant, unable to rescue herself, requesting of the kinsman-redeemer that he cover her with his protection, redeem her, and make her his wife. In the same way, the Lord Jesus Christ bought us for Himself, out of the curse, out of our destitution; made us His own beloved bride; and blessed us for all generations. He is the true kinsman-redeemer of all who call on Him in faith.”[1]