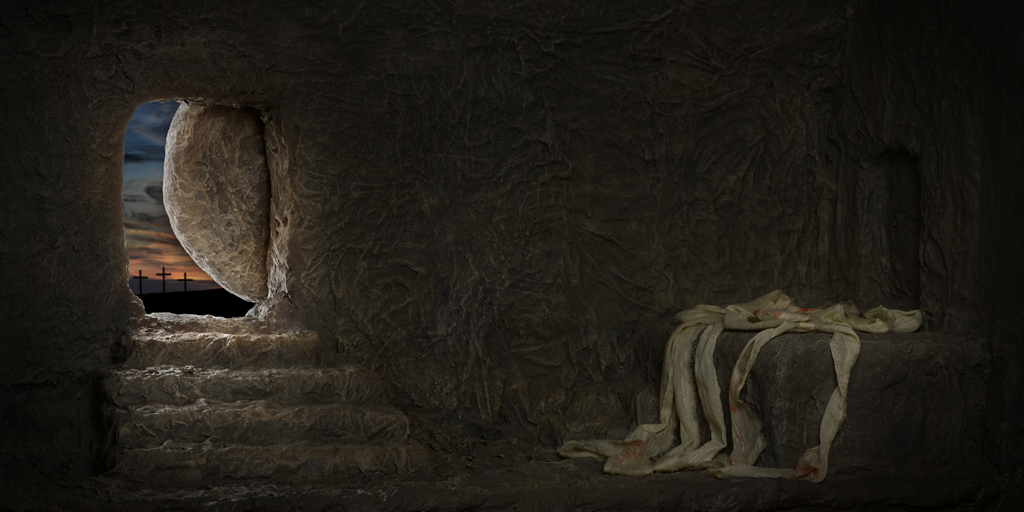 Not just any grave

With His last cry of “Father, into Your hands I commit my Spirit,” Jesus breathed His last. According to Deuteronomy 21:23, the hanged One was to be buried on the same day as pronounced dead. The Divine fulfilled every holy command. Redemption’s story reveals a new name who will serve the Savior by providing the tomb to hold Christ’s body. His name is Joseph of Arimathea. Each Gospel identifies him by name and describes him as a good and righteous man who was a secret disciple of Jesus. In bold faith, Joseph approached Pilate and requested the body of the crucified Savior. Joseph’s wealth was the means of providing a tomb that fulfilled the prophecy of Isaiah 53:9, “His grave was assigned with wicked men, yet He was with a rich man in His death, because He had done no violence, nor was there any deceit in His mouth.” The gospel’s irony continued as the innocent One made to be poor was buried among the wicked-rich. As Joseph rolled the stone to close the grave, salvation’s purpose and sin’s fate were sealed.

The cross of Christ was the place of spiritual battle ending with physical death. Christ’s grave was the place of spiritual victory proven by bodily resurrection. Jesus bore in His flesh and by His spirit the sins of humanity. All of Jesus—His body, soul, and spirit— died so that all of sin’s debt would be paid. Placed in the tomb was the body of Jesus yoked to sin. Before Jesus could offer a yoke to humanity that was easy and light, He first must break sin’s burdensome yoke. This moment of freedom is foreshadowed by the breaking of Israel’s yoke of slavery to Egypt in the Old Testament. The LORD describes Israel’s freedom in Leviticus 26:13, “I am the LORD your God, who brought you (Israel) out of the land of Egypt so that you would not be their slaves, and I broke the bars of your yoke and made you walk erect.”

It is the grave where God Himself broke and buried sin’s yoke of slavery. Because the tomb is empty, those yoked to Christ can stand firm and walk in freedom.

Come and see The Empty Tomb

The empty grave is not God’s secret; instead, it is an invitation to see proof of the miraculous. Mary Magdalene led her friends to the LORD’s tomb to honor and anoint Jesus’ body in keeping with Jewish burial customs. Instead of meeting the dead, these women would be the first believers to behold proof of the resurrection. The LORD left no means for misunderstanding or misinterpreting the rolled-away stone. An angel of the Lord spoke hope into them, “Do not be afraid, for I know you seek Jesus who was crucified. He is not here, for He is risen, as he said.” With the Savior’s victory over death declared, the angel invited the women to see for themselves, “Come, see the place where He lay.”

These women would be the first to herald the resurrection of Christ. Soon to follow would be John and Peter running to see with their own eyes. They entered the grave to witness firsthand the linen wrappings and face cloth that once served as grave clothes for Jesus. Everything that testified of Jesus’ death was left behind. The Gospel’s proclamation of “He is alive” quickly spread from a few to countless many. The empty tomb turned the disciples’ sorrow to joy, doubt to belief, and despair into hope.

Faith becomes valuable when the empty tomb becomes the substance of things hoped for and the evidence of things not seen. 1 Corinthians 15:17-19 says, “and if Christ has not been raised, your faith is worthless; you are still in your sins. Then those also who have fallen asleep in Christ have perished, if we have hoped in Christ in this life only, we are of all men most to be pitied.”

Because the tomb remains empty, every believer’s proclamation is, “Death is swallowed up in victory!” It is this sacred, uninhabited gravesite that allows those found in Christ not to fear death but rather speak the bold words, “O death, where is your victory? O death, where is your sting?”

If the tomb remained sealed, all hope died on the cross. But if the Savior’s body resurrects after three days, sin’s payment, threat, and power are utterly destroyed. This vacated, ancient tomb speaks hope’s confidence into the gospel. Hope fuels an ever-rising “thanksgiving to our God, who gives us the victory through our Lord Jesus Christ.” The opened grave echoes the Spirit’s invitation, “Come and see,” and serves as a memorial stone proving every promise of the LORD to be forever faithful.