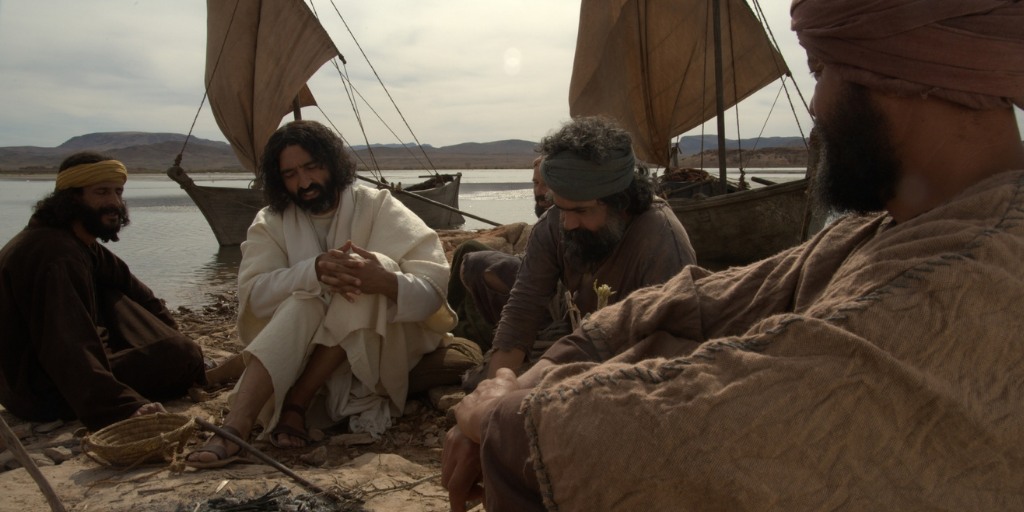 In recent years, doubt concerning the historicity of Jesus’ life and death has increased among the general populace. Let’s look at the historical basis for Jesus’ death by Crucifixion. In 2015, the Barna Group and ComRes found that “four in 10 (40%) of all adults in England either don’t believe, or aren’t sure, that Jesus was a real person who lived on earth.”[1] Among younger adults the percentage grew to 46%.[2]

A similar study was conducted throughout Australia in 2021. It found that more than half (51%) of Australians don’t believe or aren’t sure that Jesus was a real, historical figure.[3]

In the US, these numbers are significantly smaller, yet increasing among younger generations. For example, in 2014 the Barna Group found that Millennials were more than twice as likely to doubt that Jesus was a real person than the Boomer Generation (13% compared to 5%).[4]

Although suspicion in the general public has been on the rise, the opposite is true in the world of scholarship. One would be hard pressed to find a respected, first-century scholar, regardless of their religious persuasion, who doubts Jesus was an actual person who lived on earth and died by crucifixion.

Consider these statements made by some of the most prominent atheistic scholars who actively seek to undermine the accuracy of Scripture and the validity of Christianity:

“That he was crucified is as sure as anything historical can ever be.”[6]

“One of the most certain facts of history is that Jesus was crucified on orders of the Roman prefect of Judea, Pontius Pilate.”[7]

Bart Ehrman, one of the most prominent critical scholars against Christianity in American today

“Jesus’ death as a consequence of crucifixion is indisputable.”[8]

Because these scholars have no religious motivation to prove the historical accuracy of Jesus’ life and death by crucifixion, what historical evidence makes them so certain? Here are three supporting factors.

1. Jesus’ death by crucifixion is attested to by multiple, non-Christian, even antagonistic sources from the first and second centuries. Furthermore, there is no competing narrative in extant literature until many centuries later. Here are some of the early non-Christian sources that attest to Jesus’ death.

“Pilate condemned him [Jesus] to be crucified and to die.”

“When Pilate, upon hearing him [Jesus] accused by men of the highest standing amongst us [i.e., the Jewish leaders], had condemned him to be crucified….”

“Nero fastened the guilt [of the burning of Rome] and inflicted the most exquisite tortures on a class hated for their abominations, called Christians by the populace. Christus, from whom the name had its origin, suffered the extreme penalty [referencing crucifixion] during the reign of Tiberius at the hands of one of our procurators, Pontius Pilatus.”

“The Christians, you know, worship a man to this day – the distinguished personage who introduced their novel rites, and was crucified on that account.”

Lucian of Samosata, Greek Satirist (ca. AD 120-195) in The Death of Peregrine

“Or [what advantage came to] the Jews by the murder of their Wise King, seeing that from that very time their kingdom was driven away from them?”

Mara Bar-Serapion, Stoic Philosopher (ca. AD 73) in a letter to his son while in prison

The Babylonian Talmud, Jewish writings from the Tannaitic period (ca. AD 70-200) in Sanhedrin 43a

These diverse, non-Christian sources which all independently attest to Jesus’ death by crucifixion make the historicity of the event difficult to refute. To put this evidence in perspective, consider the statement by Paul Maier, Professor of ancient history at Western Michigan University, “Many facts from antiquity rest on just one ancient source, while two or three sources in agreement generally render the fact unimpeachable.”[9]

2. Sources for Jesus’ death by crucifixion are extremely early, emerging no later than a couple years after the event.

Although the New Testament Gospels and epistles provide very early, eyewitness accounts, critical scholars have noted evidence of even earlier sources.  These include documented sermon summaries (examples of these mentioning Jesus’ death are found in Acts 2:22-36; 3:13-16; 4:8-10; 5:29-32; 10:39-43; 13:28-31) and creeds (formalized and succinct statements of faith that circulated among believers; examples of these which reference Jesus’s death can be found in Romans 4:25; Philippians 2:8; 1 Peter 3:18; Galatians 3:13; and 1 Corinthians 15:3). The most famous of these sources is 1 Corinthians 15:3-8, a creed which critical scholars say was circulating within 1-5 years of Jesus’ death.

As the German atheist and critic, Gerd Lüdemann, asserts,

“The elements in the tradition are to be dated to the first two years after the crucifixion of Jesus…. not later than three years.”[10]

“This tradition, we can be entirely confident, was formulated as tradition within months of Jesus’ death.”[11]

To understand just how early this is for ancient documentation, consider Alexander the Great. Although most historians believe we can be reasonably certain about the major events in his life, the earliest reports we have for this information, recorded by Arrian and Plutarch, were not written until 400 years after Alexander’s death in 323 BC. Therefore, to have documentation like this that dates within a few years, and possibly just months, of an event is almost unheard of in the ancient world. This is significant for at least two reasons.

First, the claim that Jesus truly died by crucifixion was made within a context in which it could have been proven false and shut down if it were not true. The message did not develop years later in a foreign country. It spread in the time and place the events occurred. Moreover, those crucified were intentionally made into public spectacles to dissuade others from breaking the law. And as you may recall, Jesus’ crucifixion was accompanied by the “whole assembly” of Jewish leaders and a “crowd” of people (Luke 23:1, 4). When the event was later proclaimed, it was to the very people who were there and saw it (e.g., Acts 2:36). There is no record of Jesus’s death being met with contention.

Second, the short timeframe in which these creeds arose would not have allowed for legendary details to replace what actually happened. As the late classical historian from Oxford University, A.N. Sherwin-White, reports, “For these stories to be legends, the rate of legendary accumulation would have to be unbelievable; more generations are needed… The span of two generations is too short to allow legendary tendencies to wipe out the hard core of historical fact.”[12]

3. The historicity of Jesus’ death by crucifixion is further supported by the “criterion of embarrassment.”

This criterion notes that authors are unlikely to include details that seem embarrassing to them and their message unless they actually happened. Jesus’ crucifixion includes several embarrassing details which scholars find very unlikely for the disciples to have made up. Let me point out three of them.

A suffering and dying deliver is not something one would make up, especially by Jews who looked to passages which foretold of their Messiah reigning forever.

For example, in the Davidic Covenant, where God foretells of the coming Messiah, He promises David, “I will establish the throne of his kingdom forever” (2 Samuel 7:12-13).

Or when Daniel 7:14 describes “the Son of Man,” Jesus’ most frequent self-designation, it says this about Him: “His dominion is an everlasting dominion which will not pass away; and His kingdom is one which will not be destroyed” (Daniel 7:14).

Because of numerous passages like these, it is clear that the Jews were not anticipating their Messiah would die. Consider Peter’s reaction when Jesus explains how it is necessary for Him as the Messiah to die: “Peter took Him aside and began to rebuke Him, saying, “God forbid it, Lord! This shall never happen to You!” (Matthew 16:22).

Or the response of the crowd after Jesus indicated the kind of death He was going to die: “We have heard from the Law that the Christ [the Greek term for “Messiah”] is to remain forever; and how is it that You say, ‘The Son of Man must be lifted up’?” (John 12:33-34).

Although the Old Testament foretold of Christ’s death as being the means of their redemption (e.g., Isaiah 53), it was difficult for them to grasp how all these prophecies would come together. They did not understand that the fulfillment of these passages would come in stages, with many promises not fully actualized until Christ’s second coming.

Furthermore, the kind of death Jesus undergoes makes it even more unlikely to be made up, for dying on a cross was a symbol of being cursed by God.

Deuteronomy 21:23 teaches, “Cursed is everyone who hangs on a tree”[13] (as cited by Paul in Galatians 3:13). If one were fabricating a story, it is highly unlikely for them to depict their promised Messiah, who claimed to be sent by God, dying a death which showed him to be cursed by God.

Paul realized how contradictory this seemed. Although it once spurred him to persecute the church, it later became the central message of his life. He explains its significance:

“Christ has rescued us from the curse pronounced by the law. When he was hung on the cross, he took upon himself the curse for our wrongdoing. For it is written in the Scriptures, ‘Cursed is everyone who is hung on a tree.’ Through Christ Jesus, God has blessed the Gentiles with the same blessing he promised to Abraham, so that we who are believers might receive the promised Holy Spirit through faith” (Galatians 3:13-14, NLT).

Jesus’ death involves Him being abandoned by His disciples and buried by Joseph of Arimathea and Nicodemus, prominent members of the council that just sentenced Jesus to death.

When Jesus was arrested and taken to be crucified, the Gospels tell us that Jesus was abandoned by His disciples: “Then all the disciples left Him and fled” (Matthew 26:56; Mark 14:50). They would have little reason to include this embarrassing detail unless it were true.

Furthermore, Jesus’ disciples did not even return to give Him an honorable burial as one would expect. Rather He was taken down from the cross and buried by Joseph of Arimathea and Nicodemus (John 19:38-42). These are two very surprising characters, for they were both well-known public figures who were part of the Jewish ruling council that just sentenced Jesus to death (Mark 15:43; John 3:1). If such a claim were not true, they would be the first to refute it publicly. An account like this could only spread if it truly happened.

Due to the cumulative evidence for the historicity of Jesus’ death by crucifixion, it is clear why even skeptical scholars feel so confident as to call it “indisputable” and “One of the most certain facts of history.”

Now the question is what will you do with this evidence of Jesus’ death by crucifixion?

[13] The Greek word translated here as “tree” (zulon) can refer to anything made of wood and was often used in reference to a Roman cross used for crucifixion.