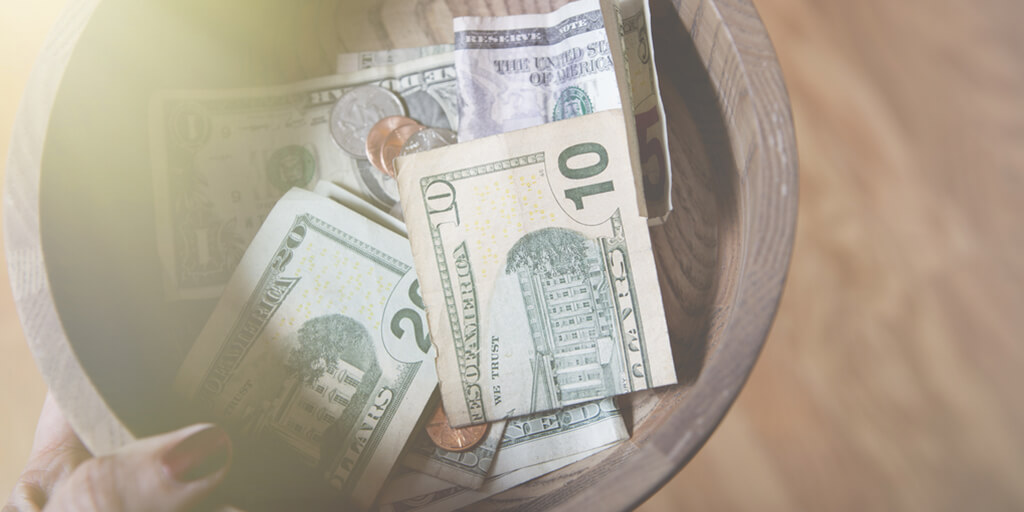 We will end this series with a very well-known passage from Acts 5. But first, a little background. In Acts 4, Luke describes how the believers in that early church treated one another. Acts 4:32, “All the believers were one in heart and mind. No one claimed that any of their possessions was their own, but they shared everything they had.” This was not to say that everything was held as community property, but rather that the believers looked out for one another. If someone had a need, the other believers worked together to meet that need to the point where, verse 34, “there were no needy persons among them.” That’s a pretty impressive testimony!

Then, in verses 36-37, we see an example of what one believer did: “Joseph, a Levite from Cyprus, whom the apostles called Barnabas (which means ‘son of encouragement’), sold a field he owned and brought the money and put it at the apostles’ feet.”

Now, what you must understand at this point is that this was completely voluntary. No one demanded that he—or anyone else—make a commitment or a contribution like this. No one was “playing the lottery so I can give part of the money to the church.” Rather, it was a “see the need, meet the need” situation.

Enter Ananias and Sapphira. I’m going to guess that Barnabas got a fair amount of praise for his donation, and that Ananias and Sapphira wanted some of that. So they decided to do the same thing—but with a twist. They sold some property and brought part of the money to the church. Which was absolutely fine. No problem. They were not obligated to give it all. They weren’t really obligated to give any. The problem was, they brought part, but told the apostles that they had brought the entire proceeds. In other words, they lied. And that’s the problem.

“Then Peter said, ‘Ananias, how is it that Satan has so filled your heart that you have lied to the Holy Spirit and have kept for yourself some of the money you received for the land? Didn’t it belong to you before it was sold? And after it was sold, wasn’t the money at your disposal? What made you think of doing such a thing? You have not lied just to human beings but to God.’” (Acts 5:3-4)

God immediately punished Ananias, and he dropped to the floor dead. Three hours later Sapphira arrived to get her part of the glory, and Peter spoke with her:

“Peter asked her, ‘Tell me, is this the price you and Ananias got for the land?’

“Peter said to her, ‘How could you conspire to test the Spirit of the Lord? Listen! The feet of the men who buried your husband are at the door, and they will carry you out also.’” (Acts 5:8-9)

In his book, Holiness: Its Nature, Hindrances, Difficulties, and Roots, J.C. Ryle says,

“Holiness is the habit of being of one mind with God, according as we find His mind described in Scripture. It is the habit of agreeing in God’s judgment—hating what He hates—loving what He loves—and measuring everything in this world by the standard of His Word. He who most entirely agrees with God, he is the most holy man.”[1]

The good news is that we don’t have to get there in our own power. In fact, we can’t. But God has given us the Holy Spirit who, “will guide you into all the truth” (John 16:13). Jesus told His disciples:

“When he [the Holy Spirit] comes, he will prove the world to be in the wrong about sin and righteousness and judgment: about sin, because people do not believe in me; about righteousness, because I am going to the Father, where you can see me no longer; and about judgment, because the prince of this world now stands condemned.” (John 16:8-11)

It’s so much easier, we think, to take the easy road, to try to get the glory as did Ananias and Sapphira. But in the end, that just doesn’t pay off as we had hoped. But God has given us the “formula,” if you will, to successfully live a holy life. He declares that our victory comes, “‘Not by might nor by power, but by my Spirit,’ says the Lord Almighty” (Zechariah 4:6).