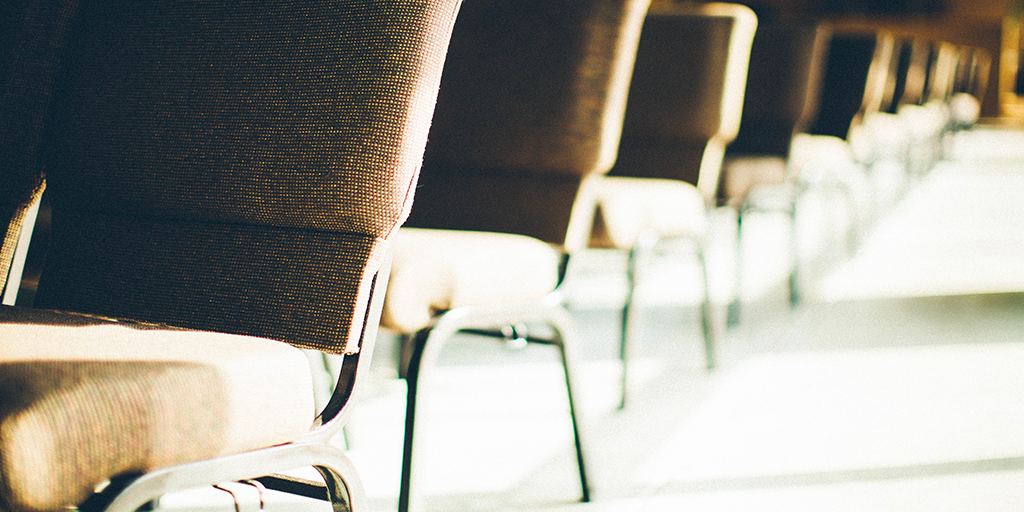 For the first time since the 1930s, fewer than half of Americans belong to a church or other house of worship, according to a new Gallup report. They found just 47 percent of Americans hold an official membership, down from 70 percent in the 1990s.

Why the noticeable decline? The strongest change noted in the study is the increase of “nones.” This category includes Americans with no religious affiliation.

How can Christianity thrive when fewer people participate in church life? Simply put, it cannot.

The Bible clearly indicates our time together as believers serves as an important part of our faith. This was true in the first church (Acts 2:42-47) and was included as a teaching in Hebrews 10:24-25:

And let us consider how we may spur one another on toward love and good deeds, not giving up meeting together, as some are in the habit of doing, but encouraging one another—and all the more as you see the Day approaching.

Our commitment to our Christian family should be increasing in the last days, not decreasing. What can be done to help?

A return to the earliest priorities of the church may serve as the best diagnosis. A look at the first church offers four key areas of emphasis important still today. Acts 2:42 reveals, “They devoted themselves to the apostles’ teaching and to fellowship, to the breaking of bread and to prayer.”

What did the apostles teach? They communicated what Jesus had taught to them. This included the teachings of the Old Testament, Jesus as the fulfilment of the messianic prophecies, as well as salvation through Jesus Christ alone by grace alone through faith alone.

The apostles also emphasized baptism as an expression of Christian faith after a person believed in Jesus. The apostles were baptized during either the ministry of John the Baptist or Jesus. They baptized 3,000 people on the first day the church began (Acts 2:41).

The act of communion was also a normal part of early church worship (see “The Breaking of Bread” below).

The Greek word translated “fellowship” comes from the Greek word koinonia that referred to friendship among a group of people. It involved more than a formal meeting, but also the connection of relationships with one another.

These gatherings took place daily in the first church (Acts 2:47; 6:1; 16:5). Some gatherings were larger and held in public locations, while other meetings took place in homes (Acts 5:42). The emphasis seems to not be about the size of the group, but the interactions among people in the group.

Area 3: The Breaking of Bread

Many of today’s church services focus largely on music and teaching. In contrast, the earliest church emphasized eating together. This included the act of communion to remember the death of Jesus, as well as eating together as an act of community through what has been called “agape” meals.

In contrast, many of today’s churches rarely include communion as part of the worship time. The emphasis on remembering Christ’s death during worship gatherings marks a profound experience in church life that should hold an important and regular emphasis.

Prayer served as a key activity of the believers during their time with Jesus, during their time in the upper room prior to the church’s birth, and during the early period of the church. Prayer is almost always mentioned when Christians gathered together in the book of Acts.

Jesus stated in the temple that His house was to be a house of prayer (Matthew 2:13). While today’s church buildings are not the same as the Jewish temple, the practice of being known as a group of people who pray should be the goal of every congregation.

If your church is not known as a praying church, why not? How can you make this an area of improvement?

As with many areas of our faith, prayer is an essential aspect of change. When believers gather together to intercede for one another and humble themselves before God, the Lord often works in powerful ways.

The church’s decline doesn’t have to be another negative statistic of modern culture. You can help change the situation, beginning with your personal commitment to your local church.