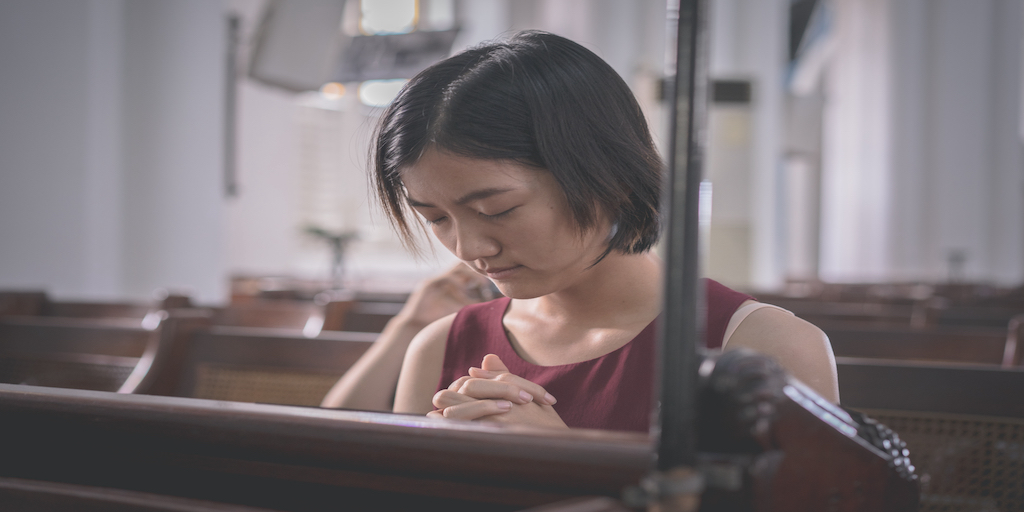 Blessed are the poor in spirit, for the kingdom of heaven is theirs (Matthew 5:3).

Luke 6:20 reads, “Blessed are you who are poor, for yours is the kingdom of God.” This resonates for us, doesn’t it? We all understand being poor: “Poverty is said to exist when people lack the means to satisfy their basic needs.”[1] In the United States the poverty line is “less than $26,200 a year” for a family of four. In India about 60% of the population is said to “survive” on as little as $2-3 per day. There’s one hunter-gatherer tribe in northern Tanzania that has essentially no income at all. They subsist entirely on the animals and birds they hunt and the wild plants and berries they gather. With that they are able to “satisfy their basic needs.”

But in Matthew 6, Jesus is not talking about being poor in terms of material needs. Instead, He says, “Blessed are the poor in spirit.” R.V.G. Tasker explains the “poor in spirit” are “those who recognize in their heart that they are ‘poor’ in the sense that they can do no good thing without divine assistance, and that they have no power in themselves to help them do what God requires them to do.”[2] They are those who are humble before God.

The poor in spirit “must humble themselves before God and acknowledge that they bring nothing of their own power, possessions or merit to gain entrance.”[3] In other words, they must repent. We must recognize there is nothing we can do, nothing we can say, that will earn us points with God.  Rather, we must accept what God says about us. Romans 12:3 says, “For by the grace given to me I say to every one of you: Do not think of yourself more highly than you ought, but rather think of yourself with sober judgment, in accordance with the faith God has distributed to each of you.”

It is so easy to compare ourselves with others and assume we are better—or at least not as bad—by contrast. But God says “ALL have sinned”—yes, that includes you and me—“and fall short of the glory of God” (Romans 3:23). “For it is by grace you have been saved, through faith—and this is not from yourself, it is the gift of God—not by works, so that no one can boast” (Ephesians 2:8-9). The poor in spirit recognize that their only hope for salvation, their only hope for the kingdom of heaven, lies in the finished work of Christ on the cross. It is only by accepting this gift that we have “the right to become children of God” (John 1:12), and thereby become part of the kingdom family.

Let’s go back for just a moment to the idea that being materially poverty is somehow “blessed.” James M. Boice makes an important point here:

“If it were true that Matthew 5:3 refers to material poverty, then it would be an unchristian thing for a Christian or any other person to seek to alleviate the burdens of the destitute and the starving. It would mean seeking to abolish that which actually brings them closer to God and to His happiness. If this were the meaning, it would not be right to attempt to relieve those who are starving in war-torn countries. It would not be right to try and provide for the refugees left homeless by natural calamities. There could be no social programs within the Christian churches. There could be no orphanages, no hospitals or inner city missions. None of these things would be Christian if this verse taught that spiritual blessedness was to be derived from material poverty.”[4]

No, poverty alone will not bless you. Further, this beatitude does not let you off the hook of providing for “the least of these” when the opportunity is presented to you (Matthew 25:34-40).

Then what did Jesus mean when He spoke of the “poor in spirit”?

“We can see the answer to this question when we recognize that being poor in spirit is the opposite of being rich in pride. In fact, you might say that being poor in spirit is to be spiritually bankrupt before God. It is the mental state of the man who has recognized something of the righteousness and holiness of God, who has seen into the sin and corruption of his own heart, and has acknowledged his inability to please God. Such a person is poor in spirit. It is to such a person, Jesus said, that the kingdom of heaven belongs. Seen in this way, the first of the eight Beatitudes is one of the strongest statements in the Bible of the great doctrine of justification by faith in Jesus Christ alone, for it is a statement of a person’s complete inability to please God by any human effort.”[5]