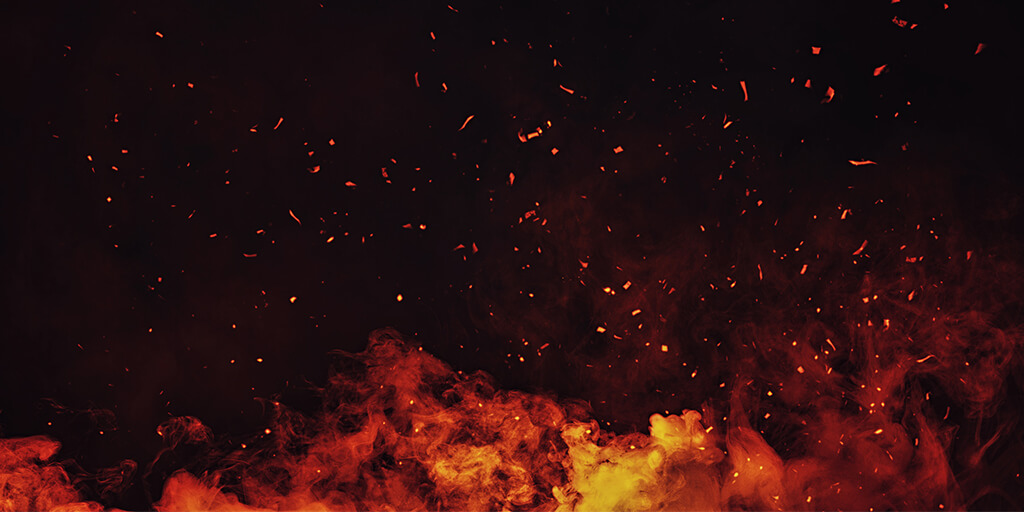 The nation of Israel was in big trouble. It hadn’t rained in many years, all the crops had failed, and there was a severe famine throughout the land. It was in this context that God sent word to His prophet Elijah, “Go and present yourself to Ahab, and I will send rain on the land” (1 Kings 18:1). Now, what you must understand is that Ahab’s wife Jezebel had been systematically killing off all of God’s prophets as she found them. This was not a good time to draw attention to himself!

But he did as God asked and requested an audience with the king. Ahab greeted Elijah with the question, “Is that you, you troubler of Israel?” (v. 17). Elijah was quick to point out, “I have not made trouble for Israel…. But you and your father’s family have. You have abandoned the Lord’s commands and have followed the Baals” (v. 18).

What followed is one of the oddest contests in the whole Bible: One prophet of God against 950 prophets of Baal and Asherah! Following Elijah’s instructions, two bulls were chosen. Each side was to prepare an altar, add wood, then the bull. Then Elijah explained the rules of the contest: “Call upon the name of your god, and I will call on the name of the Lord. The god who answers by fire—he is God” (v. 24).

Baal’s prophets went first. They loaded up the wood and the bull, then “they called on the name of Baal from morning till noon. ‘Baal, answer us!’ they shouted. But there was no response; no one answered. And they danced around the altar they had made.” Elijah just can’t help himself:

“At noon Elijah began to taunt them. ‘Shout louder!’ he said. ‘Surely he is a god! Perhaps he is deep in thought, or busy, or traveling. Maybe he is sleeping and must be awakened.’ So they shouted louder and slashed themselves with swords and spears, as was their custom, until their blood flowed. Midday passed, and they continued their frantic prophesying until the time for the evening sacrifice. But there was no response, no one answered, no one paid attention.” (vv. 27-29)

Now it was Elijah’s turn. He began not by building a new altar, but by repairing an existing altar—one that had likely fallen into disuse as the people turned to Baal and other gods. This altar consisted of twelve stones, one for each tribe of Israel. Then he dug a trench around the altar. Now, remember there had been no rain in Israel for a number of years. Water was a very scarce, very precious commodity. But Elijah instructed the people to fill four large jars with water and pour it on the altar, drenching the wood and the bull. They did this three times. Surely by now there was no possible chance the wood would catch fire. He was completely sabotaging himself!

“At the time of sacrifice, the prophet Elijah stepped forward and prayed: ‘Lord, the God of Abraham, Isaac and Israel, let it be known today that you are God in Israel and that I am your servant and have done all these things at your command. Answer me, Lord, answer me, so these people will know that you, Lord, are God, and that you are turning their hearts back again.’

“Then the fire of the Lord fell and burned up the sacrifice, the wood, the stones and the soil, and also licked up the water in the trench. When all the people saw this, they fell prostrate and cried, “The Lord—he is God! The Lord—he is God!”

What is Jesus’ point?

There are those who claim John the Baptist was a reincarnation of Elijah. That’s not true for a number of reasons, but Elijah and John did share a common objective. Both were tasked by God to call people back to Himself.

Elijah’s contest allowed God to demonstrate quite effectively that He alone was the true God. The people couldn’t help but see that the fire He sent destroyed not only the bull, not only the wood, but it even destroyed the stones of the altar, the soil around it, and vaporized all the water in the trench. No wonder they responded as they did: “The Lord—He is God!”

John the Baptist called people’s attention to “the Lamb of God, who takes away the sin of the world” (John 1:29).

Jesus would Himself become the sacrifice. He would be placed upon the cross where the full wrath of God against sin would fall upon Him. In that moment He destroyed the power of sin, and He opened the way for us to come to Him. He did this because:

Which one will you choose? Whom will you believe?