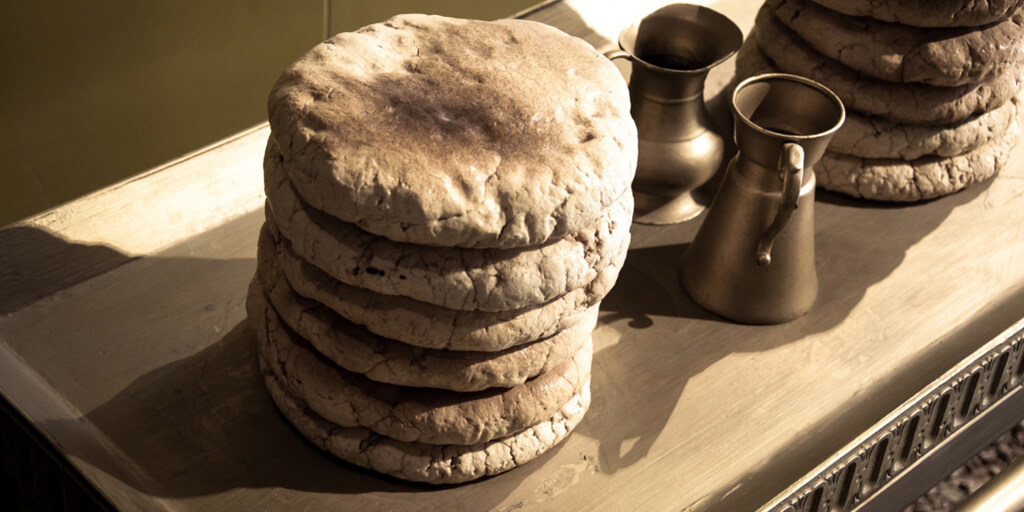 At that time Jesus went through the grainfields on the Sabbath. His disciples were hungry and began to pick some heads of grain and eat them. When the Pharisees saw this, they said to him, “Look! Your disciples are doing what is unlawful on the Sabbath.” He answered, “Haven’t you read what David did when he and his companions were hungry? He entered the house of God, and he and his companions ate the consecrated bread—which was not lawful for them to do, but only for the priests.” (Matthew 12:1-4)

David is fleeing from King Saul, who wants to kill him. He has with him a group of loyal men. David has already gotten a bit of a reputation because of his military exploits. Not only that, pretty much everyone knew that David was out of favor with the king. Little wonder then that we read “Ahimelech the priest… was afraid at the meeting of David” (1 Samuel 21:1).

But David’s request seems on the surface to be rather innocuous. He simply asks the priest to give him some bread to feed his men. Only one problem. The only bread the priest had on hand was the consecrated bread which was regularly placed as an offering for the Lord.

The rules for this bread are set out in Leviticus 24:5-9:

“Take the finest flour and bake twelve loaves of bread, using two-tenths of an ephah for each loaf. Arrange them in two stacks, six in each stack, on the table of pure gold before the Lord. By each stack put some pure incense as a memorial portion to represent the bread and to be a food offering presented to the Lord. This bread is to be set out before the Lord regularly, Sabbath after Sabbath, on behalf of the Israelites, as a lasting covenant. It belongs to Aaron and his sons, who are to eat it in the sanctuary area, because it is a most holy part of their perpetual share of the food offerings presented to the Lord.”

The Levites were responsible for taking care of God’s tabernacle and the spiritual needs of the people. Instead of granting land to the Levites, God had ordained that certain of the animal sacrifices, part of the oil, grains, and other things brought as offerings belonged to the priests. The same was true of this bread. Each week the bread on the table in the tabernacle would be replaced with fresh bread. At that point the priests were permitted to use the old bread to feed themselves and their families.

So David really didn’t have any right to the bread, nor did his companions. Nevertheless, the priest gave it to them. They ate it and were, for a time, satisfied.

So what’s the point?

Jesus is making a point here that He has also made in other contexts. The Pharisees had appointed themselves the Sabbath Police. They had created a whole slew of burdensome regulations in their attempt to keep the Jews from breaking the Sabbath. But time and again Jesus had demonstrated that there is a higher law than their Sabbath laws.

Several times Jesus healed on the Sabbath. Each time the Pharisees objected, and each time Jesus reminded them that He was doing His Father’s work. And part of His Father’s work is taking care of the needs of His Father’s people. That included, as it did for David’s men and for Jesus’ disciples, their physical need for food. That included, as it did for the man born blind (John 9:1-16), the demon-possessed man in Capernaum (Mark 1:21-28), and the lame man by the pool of Bethesda (John 5:1-18), the need for physical healing.

J. Vernon McGee explains this event took place: “during the days of David’s rejection as king while Saul was ruling. Likewise, the Lord Jesus was being rejected as King; His messianic claim had not been acknowledged. Now He takes care of His men—regardless of the Sabbath day observance. And David took care of his men although it meant breaking the Mosaic Law.” (Thru the Bible Commentary)

A note in the King James Study Bible reminds us, “divine institutions [such as the Sabbath] are to have a God-honoring, noble, and liberating function.” In other words, our guide to the way we interact with people and with man-made regulations imposed on us, such as the Pharisees’ Sabbath laws, should always be in light of the summary commandments Jesus gave us in Matthew 22: “Love the Lord your God with all your heart and with all your soul and with all your mind…. And… Love your neighbor as yourself” (Matthew 22:37-39).