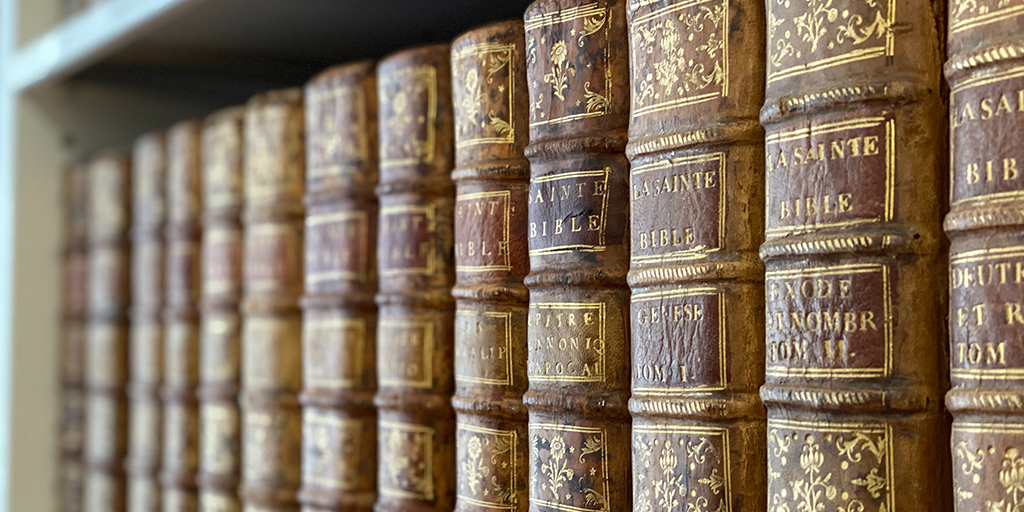 Some have wondered if it is possible for later books to be added to the Bible. Several “lost books” of the Bible have been suggested over the years. Yet the Bible and history reveal important reasons this should not and cannot take place.

First, the Bible was written during a historical period that has already passed. The Old Testament was composed during the lives of early Jewish leaders through the time of Ezra who are no longer living. The events end approximately 400 years before the birth of Jesus.

The Hebrew Bible is listed in a slightly different order; it is divided into a different number of books (combining the Minor Prophets as well as other sections like 1 and 2 Samuel); but it includes the same 39 books in our Old Testament.

The New Testament writings were recorded in the first century A.D. The 27 books were all written during this century, either by an apostle or one of their associates. Only one book’s author is unknown (Hebrews) and was clearly written during the first century (since it mentioned Timothy alive during the time it was written). The early church did not decide which writings should be listed as New Testament books; it simply affirmed them.

Second, the Bible speaks directly against adding to the Bible. In the Old Testament, Deuteronomy 4:2 says, “You shall not add to the word which I command you, nor take from it.” Proverbs 30:5-6 adds, “Every word of God is pure; He is a shield to those who put their trust in Him. Do not add to His words, lest He rebuke you, and you be found a liar.”

In Revelation, the final book of the New Testament, we also find this warning against adding to or taking away from Scripture:

Jesus said in Matthew 5:18, “For assuredly, I say to you, till heaven and earth pass away, one jot or one tittle will by no means pass from the law till all is fulfilled.” The reference to “one jot or one tittle” referred to the smallest markings in the Hebrew alphabet.

What About the Apocrypha?

The Apocrypha, also called the Deuterocanonical Books, include 1 Esdras, 2 Esdras, Tobit, Judith, Wisdom of Solomon, Ecclesiasticus, Baruch, the Letter of Jeremiah, Prayer of Manasseh, 1 Maccabees, and 2 Maccabees, as well as additions to the books of Esther and Daniel. Not all books are included in Catholic and Orthodox Bibles.

These writings were largely composed during time between the Old and New Testaments. Though the Jewish people held them in high regard, they were not included in the writings of the Hebrew Bible.

Of great importance is that some books in the Apocrypha include known historical errors. If these books were included as part of the Bible, it would include errors in Scripture, yet the Bible is “God breathed” and perfect (2 Timothy 3:16-17).

Nothing needs to be added to it, nor taken from it. The Word of God is complete, perfect, and continues to change lives still today.