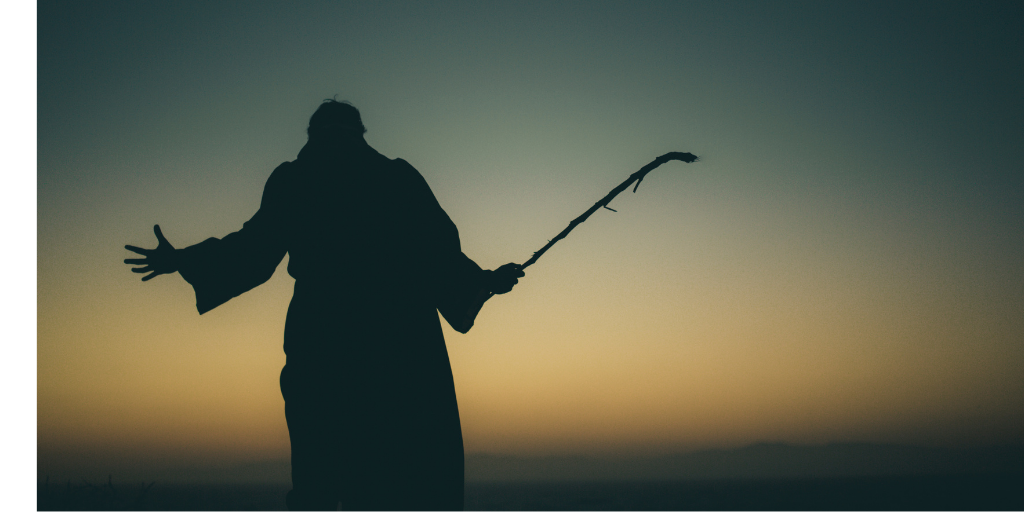 Let’s put this in context. The Israelites has already experienced a miraculous escape through the Red Sea. They had already seen God turn bitter water sweet. Only a short time before this, while they were in the Desert of Sin, God had begun to provide daily bread and meat (manna and quail) for them. But now, as they come to Rephidim, they discovered there was no water. None. Not even bitter water. So what do they do? They complain! “Give us water to drink” (Exodus 17:2). Verse 7 says Moses “called the place Massah [testing] and Meribah [quarreling] because the Israelites quarreled and because they tested the LORD [YHWH] saying, ‘Is the LORD [YHWH] among us or not?’”

Wow. You would think that they could have just looked back over the last few months and known the answer to that question, wouldn’t you?

Now, of course, lest we become too arrogant in our condemnation of them, think back over the past few months of your own life [think of COVID, quarantine, social distancing, relatives and friends lost to the pandemic] to see if there have been times when you have “tested” God, wondering if He was there with you?” Puts it in perspective, doesn’t it?

But here they are. No water. Which to be sure is a crisis; the human body can go only so long without water, even if abundant food is present. So they complained. And once again, God came through for them. God instructs Moses, “Take with you some of the elders of Israel and take in your hand the staff with which you struck the Nile, and go. I will stand there before you by the rock at Horeb. Strike the rock, and water will come out of it for the people to drink” (Exodus 17:5-6).

Notice two things about those instructions: First, God reminds them of the plagues He had performed at the Nile while they were still in Egypt; second, he is instructed to use the same rod that turned into a snake to prove God had appeared to him (Exodus 4:1-5).

Back to Rephidim. God is about to answer their question, “Is the LORD [YHWH] among us or not?” (v. 7). Verse 8, “The Amalekites came and attacked the Israelites at Rephidim.” The Amalekites were descendants of Esau, Jacob’s brother. One would think that with that family tie they would be allies rather than sworn enemies, but the Bible clearly shows the Amalekites were a constant threat to Israel.

Remember as well that the Israelites were ill-equipped and ill-prepared to fight such a powerful enemy. But, rather than cower, “Moses said to Joshua [whose name means Yahweh saves!], ‘Choose some of our men and go out to fight the Amalekites. Tomorrow I will stand on top of the hill with the staff of God in my hands.’”

This is such a familiar story! Moses stands on top of the hill holding up his staff, while down below the rag-tag group of men, led by Joshua, were fighting this well-organized enemy army. As long as Moses’ hands were raised, Israel prevailed. But when Moses’ arms got tired and he lowered them, the Amalekites prevailed. Aaron and Hur realized the problem and provided the solution. They seated Moses on a nearby rock, and then stood, one on either side of him, holding up his arms “so that his hands remained steady till sunset” (v. 12).  And the result was that “Joshua overcame the Amalekite army with the sword” (v. 13).

So what’s the point? That staff was their nissi, their banner, the visual proof that God was indeed with them. As long as they could see it raised in Moses’ hand, they fought in the power of the Lord. But when it was lowered, when they could no longer see it, they lost heart. They lost that sense of God’s presence, and the enemy prevailed.

They had a long history of the power of God as shown through that nissi: Going all the way back to the plagues that ultimately led to their escape from Egypt, to the parting of the Red Sea, to the provision of water,… They should have had no doubt that God was on their side. Yet, time and again they did. Were their eyes blinded by the cares of the world?  Were they simply so self-absorbed that they lost sight of the bigger picture?

Whatever the root cause, they forgot that God was with them. They forgot “all his benefits” (Psalm 103:2). When their eyes no longer gazed at the nissi, the cares of the world overcame them.

Does that happen to you? May I suggest you do as the Israelites did on several occasions?  At various times we read that they erected an altar of stones as a visual reminder of what God had done for them (see Joshua 4 as an example).  While building a stone altar may not be an option for you, you can grab a notebook and write down occasions where God clearly blessed you, protected you, provided for you, showed you His love. When your faith grows dim, you will have that as a reminder that God is indeed with you. In fact, He will “never leave you nor forsake you” (Deuteronomy 31:5).

Two other quick points: First, when Moses was on the hilltop hoisting his staff, he was interceding for Israel. Perhaps not in words, but certainly by his actions he was calling upon God to be there for Israel. Prayer is important in the battles you face, both your own prayer and the intercession of others.

A child I knew years ago used to suffer from terrible night terrors. Her mother would comfort her by telling her there were angels all around her guarding her, even though she couldn’t see them. She would respond, “But, mom, sometimes I just want an angel with skin on.” That’s what Aaron and Hur were for Moses: angels with skin on. Can you be an angel with skin on for someone today?

[1] Or “Jehovah-Nissi.” See the companion article “Who is Jehovah” for an explanation for my use of Yahweh rather than Jehovah.