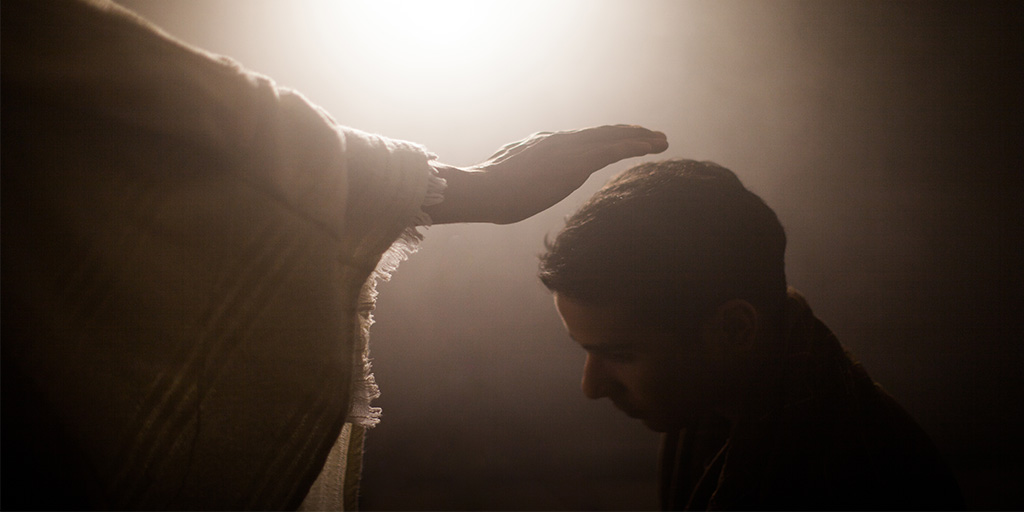 “He said, ‘If you listen carefully to the LORD [YHWH] your God [Elohim] and do what is right in his eyes, if you pay attention to his commands and keep all his decrees, I will not bring on you any of the diseases I brought on the Egyptians, for I am the LORD, who heals you’ [YHWH Rapha]” (Exodus 15:26).

Here’s the context. The Israelites have been freed from 400 years of captivity in Egypt. As they make their move toward the Promised Land, they face an obstacle—the Red Sea. Trapped, as Tony Evans describes it, “between a rock and a wet place”![1]

Of course, they complained to Moses, but God delivers them by dividing the water so they could walk across on dry land. Then the waters came back together to drown the pursuing Egyptian army. So far so good. The Israelites rejoice with a song of praise led by Miriam.

But just three days later, as they wandered further into the wilderness, they found themselves with no water at all. None. Well, no drinkable water. “When they came to Marah, they could not drink the waters of Marah, for they were bitter” (Exodus 15:23).

So, of course, the Israelites grumbled. Apparently they had already forgotten that their miracle-working God had proved His power over water. They had already forgotten how grateful they had been for His deliverance. And once again, God came to their rescue. God directed Moses to throw a particular piece of wood into the water, and “the water became fit to drink” (verse 25).

And that is the context in which God reveals this name for Himself—“I am the LORD who heals you” (verse 26).

Elsewhere we read, for example:

“Praise the LORD [YHWH], my soul, and forget not all his benefits—who forgives all your sins and heals all your diseases” (Psalm 103:2-3)

There are three important point we need to make in reference to Yahweh Rapha. First, while not every illness in our lives is a result of our own sins (some may be), every sickness is ultimately a result of sin. When Adam and Eve disobeyed God by eating of the fruit in the garden, the whole world was brought under “the bondage to decay.” Romans 8:20-21 says:

“For the creation was subjected to frustration, not by its own choice, but by the will of the one who subjected it, in hope that the creation itself will be liberated from its bondage to decay and brought into the freedom and glory of the children of God.”

That decay is behind at least some of the diseases, such as cancer, that ravage people today. That decay will not be finally eradicated until Jesus comes again. But we know that it will be eradicated, because when Christ comes again He will restore the earth to its original condition.

Second, sometimes God allows sickness to come into our lives to get our attention. As Tony Evans asks, “Why did God put all of the diseases on the Egyptians while the Israelites were living in their land? Because the Egyptians didn’t seek Him as the one true God. Rather, they worshipped idols, resulting in impure hearts.”[2] A doctor from Greece was fond of saying when we are well, our focus is on what is around us on the horizontal level. But when we are sick, lying in bed on our back, our gaze is vertical. It is then we are open to what God wants to change about our lives, what He needs to change in our character.

Jesus explained to the scribes and Pharisees, “It is not the healthy who need a doctor, but the sick. I have not come to call the righteous, but sinners” (Mark 2:17). You see, those who think they are spiritually whole will never seek a cure for their sinful nature.

And finally, we must never forget that Yahweh Rapha heals not only physically, but also spiritually. Isaiah tells us, “But he was pierced for our transgressions, he was crushed for our iniquities; the punishment that brought us peace was on him, and by his wounds we are healed” (Isaiah 53:5). This spiritual healing will also involve a particular piece of wood; in this case the cross upon which Jesus died: “The tree cast into the waters at Marah may be taken as a symbol of the cross of Jesus Christ, which in turn symbolizes God’s ultimate healing power.”[3]

“He himself bore our sins in his body on the cross, so that we might die to sins and live for righteousness; ‘by his wounds you have been healed.’ For ‘you were like sheep going astray,’ but now you have returned to the Shepherd and Overseer of our souls” (2 Peter 2:24-25).

Yes, Yahweh Rapha provides not only physical healing, but also the far more important spiritual healing to those who call upon His name.

One final thought. Nathan Stone points out a precious blessing in the names by which God has revealed Himself to us. He says, “In these names there is a progressive revelation of Jehovah meeting every need as it arises in the experience of His redeemed people—saving, sustaining, strengthening, sanctifying and so on; and not only for the redeemed of that day but for God’s saints of all ages.”[4]

*Please see the companion article “Who is Jehovah?” which explains why I am using Yahweh rather than the more familiar Jehovah in this article (except in quoted material). Rapha is also spelled Rophe.