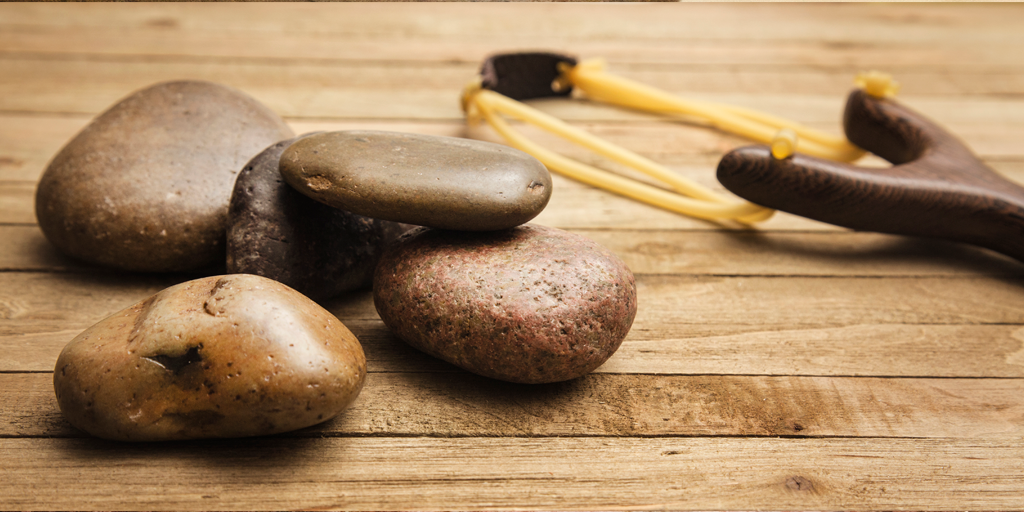 The name Yahweh Sabaoth first appears in 1 Samuel 1:3, where it is translated Lord Almighty. We are told that Elkanah, who would later give birth to Samuel, every year “went up from his town to worship and sacrifice to the LORD Almighty at Shiloh.”

In different contexts, the word translated “host” is used to refer to the angelic host, to the Israelite army, and even to the armies of the enemy. Overall, though, the idea of this name is that Yahweh, the LORD of Hosts, is Lord over all of them. He is, indeed, the Almighty God. The Lexham Bible Dictionary says, “the image is that of Yahweh, the divine king, commanding a great army to accomplish His purposes.”

I want to look at a very familiar story in the Old Testament to illustrate Yahweh Sabaoth’s interaction with His people. But first, some background. Elmer Towns says, “Coming through 40 years in the wilderness, Israel rallied behind Jehovah and conquered the land of promise. Once the land was theirs, however, their lack of faith caused them to waver. At the point of wavering, the name Jehovah Sabaoth, or “the Lord of Hosts,” is first used to rally the people to battle and victory…. When Israel followed the LORD, they were victorious. When they returned to their sin, God allowed them to be defeated.”[1]

At the beginning of 1 Samuel 17, Israel has returned to her sinful ways, and the Philistines have “gathered their forces for war and assembled at Sokoh in Judah” (v. 1). They have employed their weapon of mass destruction—the giant[2] Goliath, who challenges the Israelites to send one man to fight one-on-one against him. “This day I defy the armies of Israel! Give me a man and let us fight each other” (v. 10). The Israelites are demoralized.

This challenge was repeated every morning and every evening for 40 days. Verse 24 says, “Whenever the Israelites saw the man, they all fled from him in great fear.” King Saul, who was not willing to take up the challenge himself, offered a reward he hoped someone couldn’t refuse. Verse 25: “The king will give great wealth to the man who kills him. He will also give him his daughter in marriage and will exempt his family from taxes in Israel.”

Among all the fighting men of Israel there were no takers. In the face of what they considered almost certain death, those rewards were no incentive at all!

Enter the most unlikely hero you can imagine. Well, at least in the opinion of his older, warrior brother. When Eliab hears that David, who has come with a care package from their father, is asking about Goliath and about the king’s reward offer, he is livid. But David is undeterred. He has a secret weapon that his brothers and the rest of the Israelites have overlooked.

He begins by telling the king, “Let no one lose heart on account of this Philistine; your servant will go and fight him” (v. 32). He explains that he has killed both a lion and a bear to protect his sheep, and explains, “this uncircumcised Philistine will be like one of them, because he has defied the armies of the living God [Elohim]. The LORD [YHWH] who rescues me from the paw of the lion and the paw of the bear will rescue me from the hand of this Philistine” (v. 37).

Saul tries to dress David in his own armor but, of course, it doesn’t fit and would hinder him more than help him. Instead, dressed only in plain clothes, armed only with a sling and five smooth stones, David goes off to face the enemy.

And that’s when David pulls out his big gun. “David said to the Philistine, ‘You come against me with sword and spear and javelin, but I come against you in the name of the LORD Almighty [YHWH Sabaoth], the God [Elohim] of the armies of Israel, whom you have defied. This day the LORD [YHWH] will deliver you into my hands, and I’ll strike you down and cut off your head…. All those gathered here will know that it is not by sword or spear that the LORD [YHWH] saves; for the battle is the LORD’s [YHWH’s], and he will give all of you into our hands’” (vv. 45-47).

And that’s just what happened. Goliath was felled by one small stone, in the hands of an insignificant boy, backed by the power of Yahweh Sabaoth.

Here’s the takeaway for you. When you face difficulties, but you attempt to overcome them in your own strength, they will grow into a Goliath in your life. They will seem overwhelming, and you will falter and fail. But, when you put your difficulties into the hands of Yahweh Sabaoth, the Lord of Hosts, the Lord Almighty, He will bring all the hosts of heaven to fight with you. He will profoundly magnify your feeble efforts so that you overcome, not in your own power, but in the power of your God.

Paul learned this lesson well. He told the Corinthians, “But [the Lord] said to me, ‘My grace is sufficient for you, for my power is perfected in weakness.’… That is why, for Christ’s sake, I delight in weakness, in insults, in hardships, in persecutions, in difficulties. For when I am weak, then I am strong” (2 Corinthians 12:9-10, emphasis added).

[1] See the companion article “Who is Jehovah?” for an explanation of why I will use Yahweh rather than Jehovah, except in quoted material. Sabaoth may also be spelled Tsebaoth.