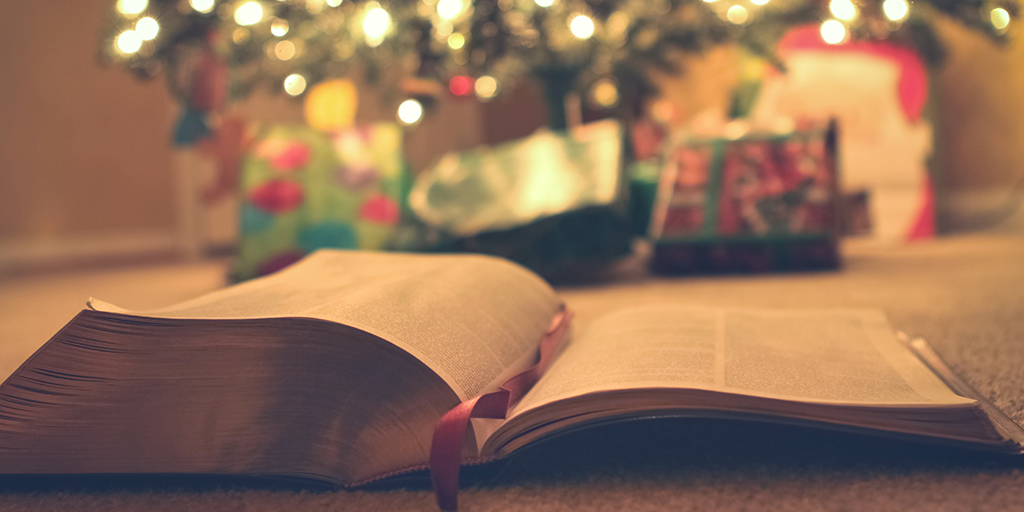 Every year my parents would gather our family together, and each night for about a week we would quote, from memory, the Christmas story found in Luke 2. You see, Christmas isn’t about trees and lights and presents and candy and,… well, whatever your favorite tradition is. It’s not even about donating to a charity or a needy family, or helping at a shelter, or feeding the hungry, as good as those things are.

Rather, Christmas is about God who “so loved the world that he gave his one and only Son, that whoever believes in him shall not perish but have eternal life” (John 3:16).

It’s good to be reminded of that, isn’t it?

I have placed the Easy-To-Read Version of Luke 2:1-20 below for your convenience, but feel free to use your favorite Bible Version as you remember how Jesus entered our world that first Christmas morning.

The Birth of Jesus Christ

It was about that same time that Augustus Caesar sent out an order to all people in the countries that were under Roman rule. The order said that everyone’s name must be put on a list. This was the first counting of all the people while Quirinius was governor of Syria. Everyone traveled to their own hometowns to have their name put on the list.

So Joseph left Nazareth, a town in Galilee, and went to the town of Bethlehem in Judea. It was known as the town of David. Joseph went there because he was from the family of David. Joseph registered with Mary because she was engaged to marry him. (She was now pregnant.) While Joseph and Mary were in Bethlehem, the time came for her to have the baby. She gave birth to her first son. She wrapped him up well and laid him in a box where cattle are fed. She put him there because the guest room was full.

Some Shepherds Hear About Jesus

That night, some shepherds were out in the fields near Bethlehem watching their sheep. An angel of the Lord appeared to them, and the glory of the Lord was shining around them. The shepherds were very afraid. The angel said to them, “Don’t be afraid. I have some very good news for you—news that will make everyone happy. Today your Savior was born in David’s town. He is the Messiah, the Lord.  This is how you will know him: You will find a baby wrapped in pieces of cloth and lying in a feeding box.”

Then a huge army of angels from heaven joined the first angel, and they were all praising God, saying, “Praise God in heaven, and on earth let there be peace to the people who please him.”

The angels left the shepherds and went back to heaven. The shepherds said to each other, “Let’s go to Bethlehem and see this great event the Lord has told us about.”

So they went running and found Mary and Joseph. And there was the baby, lying in the feeding box. When they saw the baby, they told what the angels said about this child. Everyone was surprised when they heard what the shepherds told them. Mary continued to think about these things, trying to understand them. The shepherds went back to their sheep, praising God and thanking him for everything they had seen and heard. It was just as the angel had told them.[1]